Keeping up With the Guptas: Accusations Explained 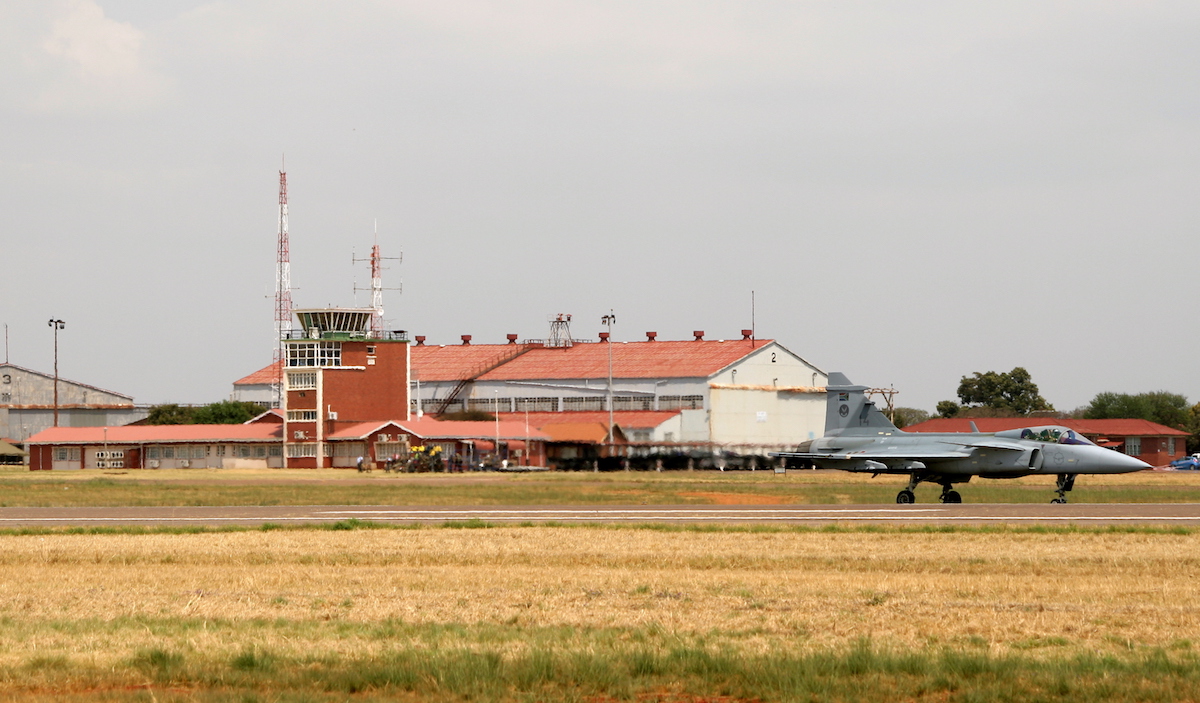 The scene of the crime: The Waterkloof Air Force Base where around 200 Gupta wedding guests landed illegally.

The history of the Guptas and their involvement in South African legal, economic and political affairs is an ongoing and rather complicated saga. It involves friends in the right places, shares in the right companies and, above all, an ongoing and allegedly fruitful relationship with our current President, Jacob Zuma. With so many accusations flung left, right and centre, it can be tough to disentangle them and make sense of the Guptas’ involvement in South African affairs. This article hopes to trace their involvement back to 1993, when the three Gupta brothers packed their bags and moved their economic interests to South Africa.

Who are the Guptas?

The Guptas, namely brothers Atul, Rajesh and Ajay Gupta, hail from Uttar Pradesh in India. They moved their computer business, Sahara Computers, over to South Africa in 1993 reportedly on their father’s advice - he believed Africa was about to become a real force in the global economy. The family business thrived in South Africa, and since then the Gupta’s holding company, Oakbay Investments, has branched off into various industries, including mining, media, energy, air travel, and technology. They claim to employ around 4 500 people, and with a few new business acquisitions in the past year, they hope to employ more. These are the main accusations laid against them:

While the Guptas have been friends with key players in the government, particularly President Jacob Zuma, for years, the first headline-breaking news erupted when the Guptas commandeered the Waterkloof Air Force Base in April 2013. What should be reserved for high-ranking diplomatic officials was given to the Guptas as a means of transporting around 200 guests to a family wedding at Sun City. After weeks of “Who done it?”-style investigations and a lot of denials, it was eventually revealed that the Indian high commissioner to South Africa, who has diplomatic power, had applied for and secured permission for the jet to land at Waterkloof. It was later revealed that he did this under the guise of responding to a letter from the then Agricultural MEC, Mosebenzi Zwane, inviting him to visit the Free State. The Indian high commissioner was a guest at the wedding. Zwane was later promoted to become the Mineral Resources Minister in 2015, which brings us to the next accusation.

The Guptas’ recent interest and investments in uranium and coal mines seems to be well-timed with South Africa’s current energy projects. An expensive nuclear energy project being discussed between Zuma and Russia, which requires large amounts of uranium, is seemingly being steamrolled forward, despite the Treasury insisting that South Africa is unable to fund it. Additionally, the Gupta family, with the state backing of current Mineral Resources Minister, Mosebenzi Zwane (remember him?), has just signed a huge deal with the Glencore Optimum coal mine in Switzerland. This coal mine is the sole provider of one of Eskom’s power stations.

For years, the well-connected Guptas were able to secure a monopoly on government breakfasts, and in particular, the post-Budget Speech breakfast. These events cost an estimated R1 million, all paid for by state-owned companies such as Eskom and Transnet. They were hosted by the Gupta newspaper, The New Age, and broadcasted live, allegedly for free, by the SABC, ensuring a nice profit and free advertising for the Guptas. The Treasury had attempted to break this monopoly on the famed breakfasts before, with little luck - the strong relationship, apparently contractual in nature, between The New Age and the SABC meant that one could only come with the other. This year, however, Finance Minister Pravin Gordhan, surprised both Guptas and public alike when he brazenly surpassed The New Age and appointed e.tv and eNCA to partner with, his reason being the SABC’s perceived connection to the Guptas.

The most recent accusations concerned the Guptas’ involvement in the appointment of key government officials. In March 2016, after the debacle of the finance minister replacements, the resulting Rand value crash and public outcry, it emerged that Deputy Finance Minister, Mcebisi Jonas, was offered the role first by the Guptas. On ethical grounds, he declined the offer - the appointment of top cabinet officials is reserved for the president alone. This accusation was exacerbated by the former MP, Vytjie Mentor, admitting that Gupta representatives had also offered her a key government position as minister of public enterprises, while Zuma was in a neighbouring room. This caused considerable concern about the involvement of the Guptas in the country’s affairs.

After resigning, the Guptas were thought to flee South Africa to a brand new mansion in Dubai. It seems that the current media frenzy surrounding the Guptas has caused them to carefully consider their next steps. There’s currently a cry of ‘state capture’, which indicates that the Guptas are being accused of having influence on the state’s decision-making for their own personal gain. This could mean legal implications for both the Gupta family and Zuma. At present, the increased media coverage and growing evidence has finally pushed the ANC to launch investigations. This is an in-house investigation led by Secretary General of the ANC, Gwede Mantashe. The Office of the Public Protector has also recently applied for funding to set up their own legal investigations. Only time will tell how these two investigations pan out and whether they agree ultimately. In the meantime, it seems the Guptas are no longer able to rely on strategic government contacts, and might need to start getting some advice from a Business Insurance provider instead.