The land of olives, Hercules, and beautiful white villas, Greece is one of the finest summer holiday destinations in the world. Picturesque buildings strewn across the mountains and cliffs of Mykonos and historical architecture in Athens make Greece rich in history, culture, and entertainment. With so much on offer, you might find yourself wanting to book an extended trip to enjoy more of its splendour.

Although many European countries are expensive to visit due to the rand-euro exchange rate, Greece's recent economic struggles have opened the gates for many tourists looking to have a five-star experience at a reduced cost.

Pack your bags, put on your sunscreen, and let's head out to one of the oldest civilisations in the world, where you'll bask in the sun while feasting on fresh, beautifully prepared food! 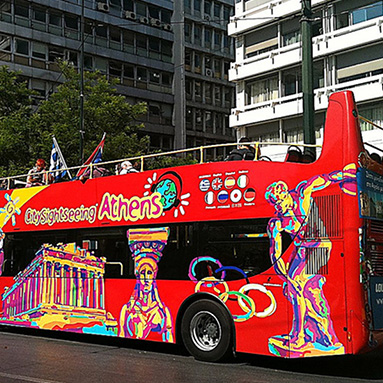 As the capital city of Greece, Athens offers a lot for tourists to see and explore. More than just the physical capital, Athens is the birthplace of much of Greek culture, history and modern philosophy, with many legendary philosophers, such as Plato and Aristotle, having lived there.

Today, Athens is home to over 664,000 people and is one of the most visited destinations in the world. Statues and paintings of Greek gods are never far, reminding visitors of the city's rich cultural and artistic history. The beauty of the local architecture highlights this, with quintessential Greek buildings of tall stone columns and intricate details everywhere.

According to ancient mythology, the Greek goddess, Athena, was named the patron of the city after she bested Poseidon in a contest. While vying to win Athens, Poseidon struck his trident into the ground where water poured forth and he declared the city would never go thirsty again. As a response to this, Athena sowed an olive seed in the ground which grew into an olive tree. This tree was considered more valuable to the city than Poseidon's water and Athena was declared the goddess of Athens.

A historical point of view

The first signs of settlements in the area were discovered in the Petralona Cave in Macedonia, indicating human ancestors lived there around 270,000 BCE.

Considered to be the birthplace of Western culture and civilisation, Greece was one of the first civilisations in Europe and one of the largest in global history. Throughout the Bronze and Dark Ages, ancient Greece was a hotbed of culture, education, knowledge, and sporting prowess; the first ever Olympic Games was hosted in Olympia in 776 BCE.

Greece's history is a popular topic of discussion and education around the world. Many students learn about the unique and amazing history of the ancient Greeks, their gods, and philosophies as part of their education today. 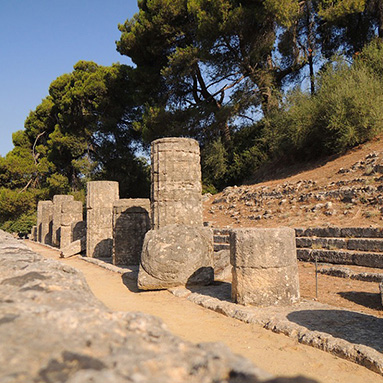 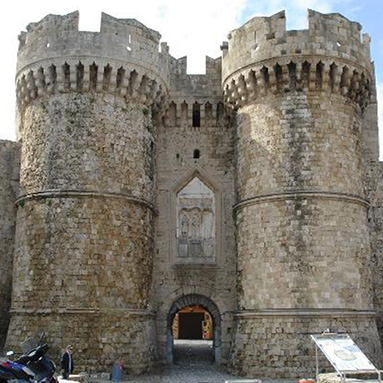 Ancient Olympia is the historical site where the first Olympic Games were held in 776 BCE. Explore the ruins where mighty warriors and athletes demonstrated their magnificent skills in front of thousands of onlookers. To this day, the Olympic flame is lit here and carried to the host destination.

The Parthenon on the Athenian Acropolis is a former temple and a monument to historical architecture and civilisation. The massive stone structure was completed in 438 BCE and is said to have taken 15 years to complete. The use of heavy pillars seen in the design was a major architectural trend at the time. Some historians believe the reason for these heavy pillars was to protect the architects, who were supposedly required to stand beneath the structure when the support beams were removed. If the building collapsed, it was a testament to their poor design.

The Acropolis Museum is a marvel of ancient Greece, with the physical layers of history visible in the differentiation of buildings and foundations throughout the ages. Spend hours exploring the archaeological excavation below the museum where you'll see the well-preserved streets, homes, and baths of the ancient Greeks.

Ancient Mycenae is an archaeological site located in Argolis. Ruins are all that's left of the once-mighty Mycenaean Kingdom, which was the most powerful in Ancient Greece. To this day, historians don't agree on just who or what caused the downfall of this great civilization.

The Palace of Knossos, now also in ruins, was once a massive structure, stretching across 14,000 square meters. A visit to see the remains of beautiful courtyards, baths, and private apartments that formed part of the massive palace is a must. You'll find this still-magnificent palace just 5 km outside Iraklio (Heraklion) on the island of Crete.

Where to stay in Greece

luxurious five-star resorts catering to your every need to budget-friendly Airbnb rooms located near points of interest. Take your time browsing and comparing accommodation in Greece before committing. 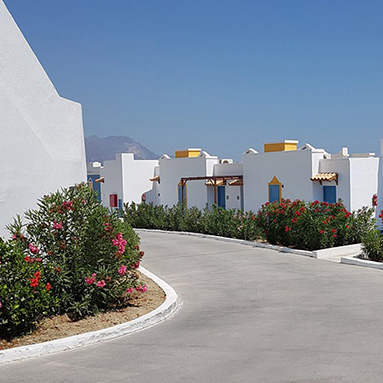 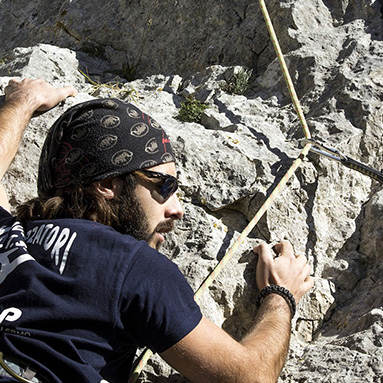 Hop-On-Hop-Off tour buses operate in Athens, Riviera, and Piraeus and offer tourists an opportunity to see the city through the eyes of expert tour guides who gladly and passionately share historical facts about their cities.

The markets in Athens offer a delightful culinary experience for food-lovers and those who enjoy basking in the atmosphere of a bustling city centre.

Experience the sights and sounds of Santorini on a luxurious yacht trip, or work up a sweat traversing the steep hills that wind down towards the coast. Santorini is also home to various wine and olive farms, many of which offer tastings during the day.

Consider exploring Greece's busy cities on the comfort of an E-Bike, an electric bicycle that helps you with added power, making cycling nearly effortless. This is one of the best ways to connect with a city as the E-Bike offers a quick stop-and-explore option while also providing an open-air experience for riders.

Sunny, blue skies await travellers in Greece. The country is famous for its Mediterranean climate where hot and dry summers are followed by mild winters with some rainfall.

Tip: Exploring cities like Athens and Santorini requires some walking. Ensure you protect yourself by wearing sunscreen and carrying bottled water with you at all times, especially during the hot summer months. 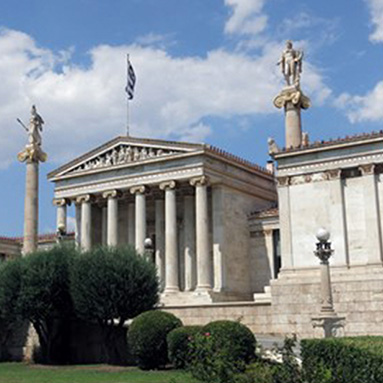 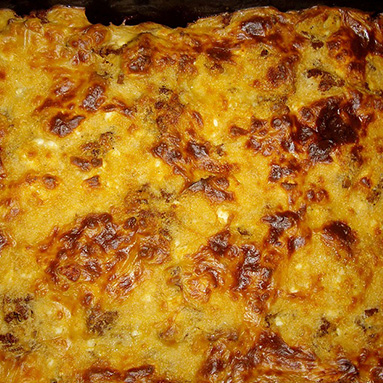 Food is a major part of Greek culture. Famous for their healthy and fresh cuisine, such as pita breads, hummus, and tzatziki, Greek food is an irresistible indulgence. This is also a wine, feta cheese, and olive country, so expect many of the national dishes to contain these ingredients.

A must-try for food lovers is their famous moussaka, an eggplant dish filled with meat or vegetables, and pastitsio, a baked pasta dish made with béchamel sauce. Both dishes have a striking resemblance to lasagne, the classic Italian dish. The typical take-away food chains, such as KFC and McDonalds, are available in most major cities around Greece.

Crime and safety in Greece

Greece is considered to be one of the safest countries in Western Europe, having one of the lowest crime rates on the continent. Local police, often seen buzzing about on scooters, patrol the streets and ensure citizens and visitors are safe.

Tip: Before venturing to Greece and its gorgeous islands, make sure you and your belongings are covered with travel insurance. Compare travel insurance quotes using the hippo.co.za insurance comparison tool before you depart from South Africa. 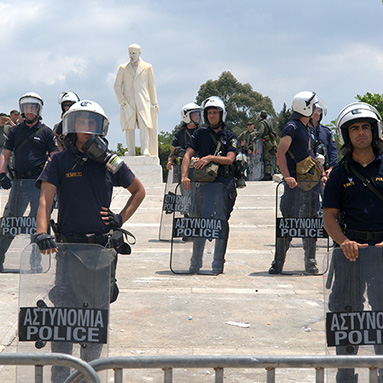 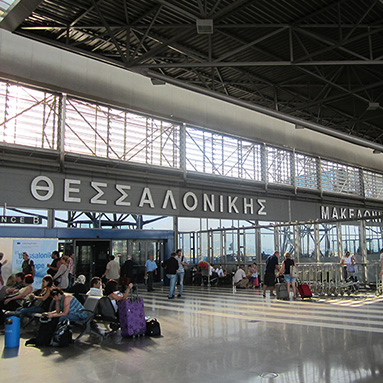 Travelling to and within Greece

Greece is part of the European Union and South Africans are required to get a Schengen visa before visiting. You can easily apply for a Schengen visa online. Once you've done this, you'll book an appointment where you'll hand in all of your required documents, such as your passport and proof of accommodation, before having your application reviewed.

Greek roads were built in a time before cars. While many of the road networks have been upgraded throughout the years, driving can still be a tough task on some of the older roads. However, if you want to rent a car in Greece, you can connect with most Greek car rental agencies online and compare their quotes.

Public transport is available in most regions, and Uber and other taxi services stand at the ready.

Greece overlooks the ocean and welcomes travellers from all around the world on cruise ships each year. Considering 6,000 islands and islets form the sovereign country of Greece, a cruise ship is a wonderful way to explore as much as possible of the area, so why not book a Greek cruise today?

There are over 30 airports in Greece, the most popular being Athens International Airport Eleftherios Venizelos.