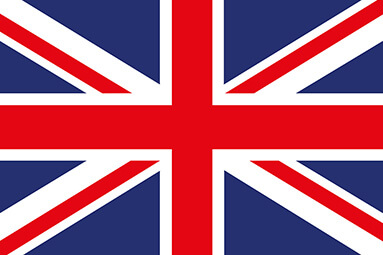 Travel guide to the United Kingdom

Renowned for its lush countryside, the Royal family, and news surrounding Brexit, the United Kingdom (UK) is the sixth most popular tourist destination in the world, with over 40 million people visiting in 2018 alone!

Comprising four countries bundled into one region, the UK is home to England, Wales, Scotland, and Northern Ireland, each famous in its own right. With the food, pubs, football, shopping high streets, and green hills, the UK has something to see and do for almost everyone.

The UK spans 242,495 square kilometres and is surrounded by water. Located off the north-western coast of Europe, close to France and Germany, this island is one of the biggest economic and cultural influences in the western world. It is also home to over 66 million people, according to the latest census data.

Pack your bags because we are about to set off to the land of Shakespeare, pints, and good old British charm.

Here are a few must-know facts about the United Kingdom: London is calling! The great city of London is the capital of England and the United Kingdom. Not only is it home to over nine million people, it's also the home of Queen Elizabeth and the Royal family.

London remains an icon of the cultural world; Big Ben, the Royal Albert Hall, Kensington Palace, Buckingham Palace, and Hyde Park are all renowned tourist sites. It's estimated that over 20.4 million international visitors travelled through London in 2018, making it a true international hotspot.

London is also famous for being one of the most expensive cities to travel to, with many of the restaurants, hotels, and stores forced to hike up prices due to increased rental costs. A visit there could easily lead to an extremely expensive holiday, but it's well worth the cost.

A historical point of view

The history of the United Kingdom dates back to the first settlement of modern humans, roughly 30,000 years ago. Amazing structures such as Stonehenge are thought to have been erected around 2400 BCE. 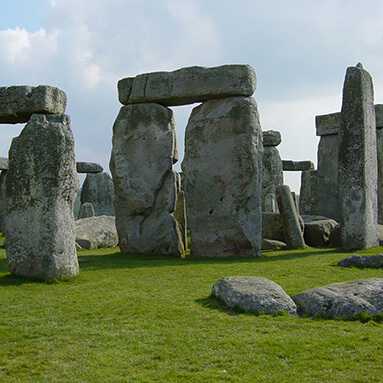 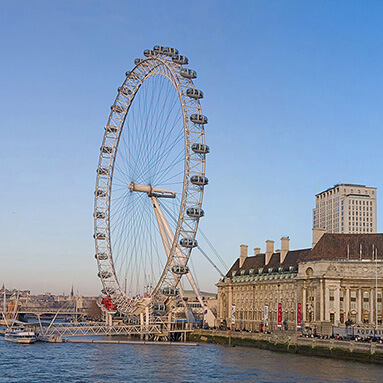 Landmarks in the United Kingdom

Let's start in England. One of the main attractions is the iconic Great Bell clock tower, nicknamed Big Ben, at the end of the Palace of Westminster in London. The tower stands 96 metres tall and has 334 steps to climb to get to the bell at the top. Known originally as Clock Tower, it was renamed in 2012 to Elizabeth Tower to mark the Diamond Jubilee of Queen Elizabeth II.

Another great English attraction is King's Cross station in London, the home of Platform 9 ¾, where Harry Potter famously entered the train station to get to Hogwarts in the Harry Potter series of novels.

Walk down Abbey Road and see where The Beatles took their famous strides, or visit the pubs of Liverpool and see where they started off their astonishing music careers.

Watch a play at the majestic West End Theatre or see playwrights showcase their talent on the same stage where Shakespeare's original plays were performed – the Shakespeare Globe Theatre.

Visit the Edinburgh Old Town in Scotland, where much of the old architecture has been preserved, and get a feel for what life was like during medieval times. Pop down to a pub and enjoy a pint with a plate of neeps and tatties (that's turnips and potatoes, used in many Scottish dishes).

In Wales, entertain yourself by visiting one of the many Welsh castles such as Bodelwyddan Castle and Castell Dinas Brân, rumoured to be the home of the Holy Grail.

Snowdon Peak is a great way to view the beautiful, natural scenery Wales has to offer. Located in Snowdonia National Park, the peak is the highest found in Wales and England, towering near 1,085 metres.

Northern Ireland also has loads to offer tourists, with the highlight for many, according to the number of Google reviews, being the Crumlin Road Gaol. Otherwise known as HMP Belfast or simply the Crum, the former prison is located in the north of Belfast and is the only remaining Victorian era prison in Ireland.

Where to stay in the United Kingdom

The United Kingdom has thousands of hotels and Airbnbs to rent at varying price points, depending on the level of luxury you wish to experience.

Major cities such as Edinburgh in Scotland and London in England are usually the most expensive due to popular demand. If you wish to save a few pounds, it's best to venture into the smaller towns at the outskirts of the cities, which are usually a quick train ride away from the metropolitan areas.

In London, if you're on a strict budget, there are Airbnbs and hostels in the more affordable parts of London such as Peckham and Hackney. Expect to pay around R300 per night for a room.

If there is no limit to your budget, book yourself into the Bulgari London. At over R10,000 per night, you're guaranteed to experience absolute luxury.

Accommodation in Scotland varies depending on where you stay. Edinburgh has thousands of options, with the most affordable being hostels and Airbnbs. Smaller towns such as Coldstream and Fort William are better value for money and still have interesting attractions to visit.

Compare accommodation in the UK 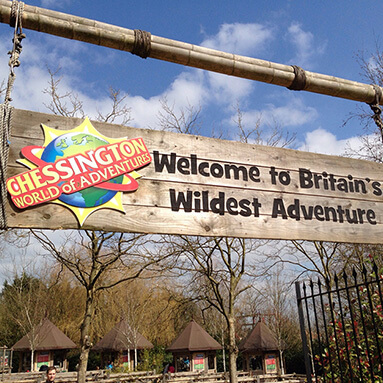 Take an exciting and perfectly safe ride on the London Eye, a giant Ferris wheel, which takes you high up into the sky to overlook London. Boat rides on the River Thames make for a cultural adventure, as does a tour into a restored battleship such as the HMS Belfast.

At the south coast of England one can experience a fun-filled festival at the famous Brighton Pier, or paddle through rivers leading to the beautiful white cliffs of Saltdean, Newhaven, and Peacehaven.

The UK is also home to the English Premier League, arguably the most watched football league in the world. Catch a game with a classic team like Manchester United, Liverpool, Arsenal, or Chelsea.

Visit England during June and you can watch the famous Goodwood Festival of Speed in West Sussex, in the south of England, where automakers race their latest and greatest cars up a narrow hillside road. Take a trip to the iconic Silverstone Grand Prix (approximately 100 km north west of London) and experience Formula One racing up front at this historic racetrack.

Hiking in Scotland is a top experience for many, as the lush green hills make for majestic walks. Scale the country's tallest mountain range, Ben Nevis, which reaches to 914 metres.

Experience a four-day adventure paddling through the waters of Loch Shiel, Loch Tay, and Loch Awe. Camp lakeside and share a traditional Scottish whisky around the campfire.

Weather in the United Kingdom

The UK is famous for its weather. Cold, rainy days are common as the country is close to the Polar Jet Stream, resulting in air pressure changes and ever-changing weather conditions.

The regions closest to the Atlantic Ocean (Wales and the western parts of Scotland and England) experience the most rainfall, whereas the eastern regions are less windy and rainy.

Summers are a great time in the UK, as locals embrace the rare sunshine and venture out to explore street markets and lounge in beautifully kept parks. During winter, people remain indoors as much as possible, as a combination of snow, wind, and rain can result in temperatures well below 0 degrees Celsius.

Tip: No matter the season, always expect a rainy day in the UK. Make sure you have an umbrella or raincoat at hand, as the weather is known to change within minutes. If you have space in your suitcase and you are planning a visit to the countryside, pack a pair of Wellington boots. 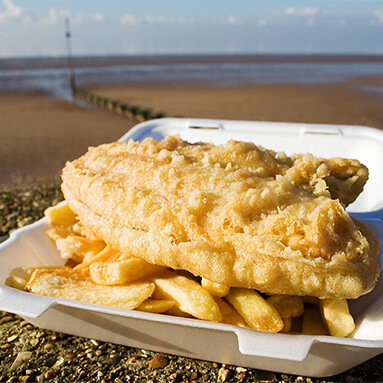 Food in the United Kingdom

Fish and chips, pie and mash, a warm pint of ale, or a freshly brewed cup of tea. The UK has a longstanding tradition of cuisine and embraces a mixture of traditional English food with modern dishes from around the world.

Food in the UK is heavily influenced by their European neighbours and their history of world exploration, but the inhabitants remain true to their traditional dishes such as the classic pub dish mint pie with jellied eel – a baked mince pie covered in mint sauce with jellied eels on the side.

With the country relying heavily on its fishing industry, beer-battered fish and chips is a firm favourite with locals and tourists.

Crime and safety in the UK

The UK is considered to be a safe country. According to their latest crime and safety reports, violent crimes and aggressive criminal acts such as arson and abuse are decreasing. However, other crimes such as burglary are increasing.

London, in particular, is campaigning heavily against knife-related crimes and British police are actively working with communities to fight against knife crimes.

Major cities in the UK, like London, are currently at increased risk, and have a heightened awareness, for terrorist activities. 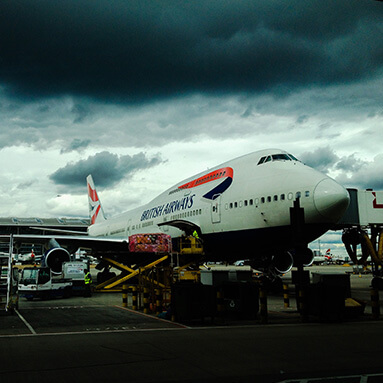 Travelling to and within the United Kingdom

South Africans require a tourist or visitor visa to access the United Kingdom.

Here are the various ways you can get to and around in the United Kingdom:

Driving in the United Kingdom

The UK has car rental agencies in most of its major cities, but you will need a driving permit to rent a car. Cab services and public transport systems are also available.

The UK is accessible through its many naval ports. The most popular port is in Dover, England. It is one of the busiest ports in the world and is England's seaside entry point into France.

Flying to the United Kingdom

Depending on the country you are visiting, your flight will likely arrive at one of the main international airports. England's biggest airport, Heathrow, is the busiest in the world. British Airways flies to and from most countries if you wish to use their national airline.

Smaller airlines such as RyanAir are popular for travel within the UK and to Europe, as they offer highly affordable flights.

Tips for visiting the United Kingdom

There is a lot to experience in the UK and you're unlikely to see it all in one visit. Rather than trying to see as much as possible, pick a city and delve into everything it has to offer. Cities like London have thousands of restaurants and dozens of theatres and museums to explore.

England has a major focus on promoting its culture and heritage through its many museums and art galleries, and many are free to enter. Find out if a museum requires a ticket first before buying one from a potential scammer.

3. The Underground and Overground railway system

The London Underground and Overground railway system is a complex network of lines that can confuse many people who are new to the country. Google Maps and other free apps such as City Mapper offer excellent guidance in and around the city's railway and bus networks.

Although the majority of the UK speaks English, some regions speak other languages, namely Irish and Welsh in Northern Ireland and Wales respectively.

The most prominent religion in the UK is Christianity, but the country has a long history of conflict among Catholics and Protestants. Try to understand the religion and culture of the city you are visiting to avoid offending anyone.

If you are travelling to the UK and want to look for cheap flights, use the Hippo.co.za flight comparison tool to see which airline offers the best deal. 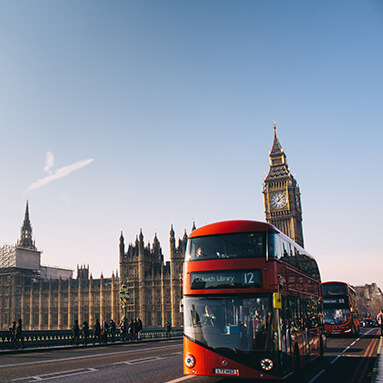 Information provided for informational purposes. Prices quoted correct as at time of publishing this article.