Travel guide to the United States of America

The land of celebrities, cowboys, fast food, and the Big Apple, the United States of America (USA) has a rich history and is the world's leading economy. It is home to 327 million people, among who are famous names such as Donald Trump, the Kardashians, and our very own Trevor Noah. And around every corner there is something to learn or do, no matter which state you visit.

The USA offers breathtaking views, diverse cultures, and varied cuisines. From bustling New York, to glamourous Los Angeles, and sunny Florida, there's something for everyone in the USA. 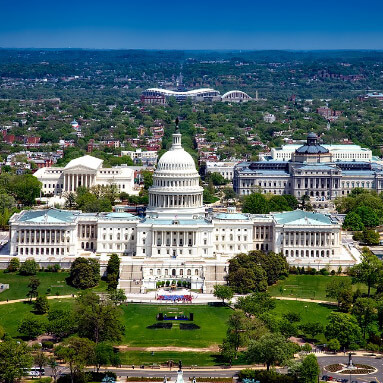 Capital of the USA

The USA comprises 50 states but has only one capital city, Washington DC. Here, you’ll find the presidential home, the White House, and the United States Capitol, where the country’s congress resides. Washington DC is also one of the most visited cities in the world, welcoming around 20 million tourists each year!

Currently occupied by President Donald Trump and his family, the White House has served as the presidential home since John Adams in 1800. Located at 1600 Pennsylvania Avenue near the Washington Monument, the White House gained its name due to its pristine white façade.

History of the USA

The first inhabitants of North America likely came from Siberia around 12,000 years ago, crossing the now-submerged Bering Land Bridge; however, evidence of tools found in the region suggests there were inhabitants around 15,000 years ago.

These first inhabitants pushed South and East, changing and growing. So many diverse groups and cultures evolved from these first inhabitants that experts named them by cultural areas to keep track of their rich histories. These ten cultural areas are the Arctic, Subarctic, Southeast, Northeast, Southwest, Plains, Great Basin, California, the Plateau, and the Northwest Coast.

Challenges like means of travel and group conflicts shaped diverse Native American cultures as much as the weather and fertility in different areas. The Cherokees in the Southeast, for example, were farming natives, but the Iroqonian groups in the Northeast were quite aggressive and warlike.

Establishing the precise time when Native Americans and Europeans met is difficult; however, some experts suggest that before Christopher Columbus settled in the region in 1492 there were Norsemen who attempted to settle in North America around 500 years before.

Citizens from various nations, the majority being European, continued to settle in North America for centuries, until the eventual colonisation by Britain in 1732. Americans fought to gain their independence, which they did in 1776 after the American Revolutionary War. They expanded their territory until 1789, when George Washington became the country's first nationally elected president. 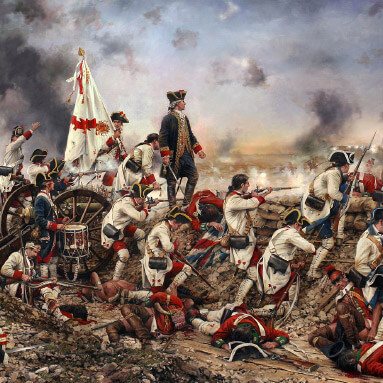 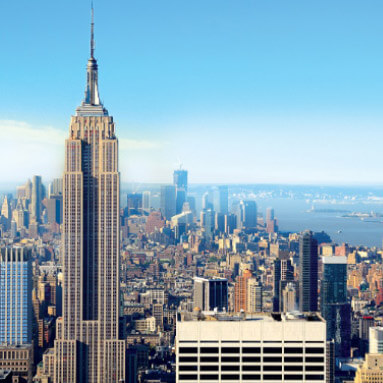 Landmarks in the USA

On the eastern side of the continent, the White House in Washington DC is one of the world's most iconic historical landmarks and is a must-see. Although first occupied by President John Adams in 1800, it was originally not meant to be the official presidential residence. President George Washington commissioned his own residence in New York in 1789 to be the first Government House of the United States. However, presidents following him adopted the White House as their home and have made various alterations through the years.

Tip: Due to heightened security awareness, police and military forces constantly patrol Washington DC. Don't be alarmed if you're asked to present your phone or camera for inspection; this is to ensure you aren't taking photos that might be a security risk. In addition, many protests take place around the White House, so you may encounter quite a scene if you visit on a day when a march is taking place.

New York is one of the larger metropolitans with millions of residents and tourists alike rubbing shoulders in the tightly wound streets and subways. It's home to some of the largest television networks, celebrities, companies, and brands in the world. It's so famous, Fred Ebb wrote the famous song about the charm of the city, New York, New York, most notably performed by Frank Sinatra. There's plenty to do in the city, such as strolling through Central Park, seeing the Statue of Liberty in New York Harbor, and attending a live recording of The Daily Show with Trevor Noah.

Moving on to the west, Hollywood in California is one of the most exclusive residential areas in the world. It's inhabited by numerous celebrities and is the hub of the country's massive film industry. At the centre of Los Angeles, Hollywood is an integral part of American pop culture, with a giant 'Hollywood' sign (13.7 m tall and 107 m long) sitting proudly atop the Santa Monica Mountains.

Las Vegas, or Sin City as some like to call it, is the go-to place if you're feeling lucky. Some of the world's most recognised casinos are found on the Vegas Strip, along with upmarket restaurants such as Gordon Ramsay Burger, named after the world-famous chef who owns it. It's cheesy, but for many couples, the ultimate wedding involves getting hitched quickly by one of the hundreds of Elvis impersonators who will perform the ceremony for a nominal fee.

After a few adventurous and wild experiences, you might want to visit a calmer side of the USA. If so, a trip to Great Salt Lake in Utah will do fine. Located in the heart of the western region of the USA, Utah borders states like Arizona, Colorado, and Nevada. One of the most spectacular natural phenomena can be found in this area – the Grand Canyon in Arizona. It is 446 km long, 29 km wide, and 1.8 km deep.

Where to stay in the USA

Depending on the state you're visiting, accommodation costs and availability in the USA differ vastly. New York and California are on the higher end of the pricing scale, while smaller towns in states such as Utah and Alabama offer more affordable options.

Airbnb is a highly popular option and actually originated in the USA. Hotels are available in all major cities across the country. Motels, a more affordable version of hotels, are usually found on the outskirts of popular destinations and are great if you want to be near the action but have a strict budget. 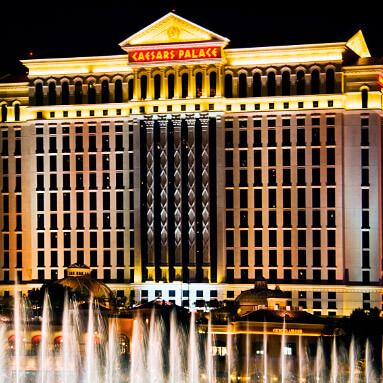 Many Americans are proud of their adrenaline-fueled heritage, especially if you consider their long history in motorsport, American football, basketball, and baseball. Try to attend a match to get an authentic feel for the local culture.

You can also join in some less common adventures such as hovercraft rides in Florida over swamps, grasslands, and lakes. Florida is also home to crocodiles and alligators, which you can safely see and learn about from a qualified guide in the region.

Grand Canyon National Park in Arizona boasts one of the most iconic landscapes. Red rocks carved out by the Colorado River over millions of years stretch across hundreds of kilometres, offering amazing hiking trails.

Weather in the USA

The USA has the widest variety of ecoregions in the world in a single country, including snowy hills, deserts, canyons, and dense marshlands. Due to its large landmass, ranked fourth largest in the world behind Russia, Canada, and China, the climate changes according to the region.

Temperatures in the northern and eastern regions can easily drop below 0 degrees Celsius during winter, while the southern and western regions are famous for their hot and dry summers.

Tip: When planning your American tour, become familiar with the weather patterns of the states you're visiting and pack accordingly. Food in the USA

The USA has a wide mix of cultures and traditions that have naturally led to cuisines as diverse as the country's inhabitants. From spicy Mexican food to buttery, tomato-filled pasta, there's something for everyone.

New York is famous for its large population of Italian descendants. The result is a delicious variety of Italian food, with diners and restaurants aplenty selling what they claim is 'the best' pizza or pasta in the world. The city is also famous for its New York slice-pizza, a single slice of cheesy pizza for customers on the go.

At the other end of the country, many of the southern regions close to Mexico are heavily influenced by tantalising foods from South America, such as tacos, tortillas, and tequila.

America has a deep-rooted tradition with fast food, with many large international chains originating in the USA, such as McDonalds, Kentucky Fried Chicken (KFC), Burger King, and Dominos.

It's not all fast food though; you'll also find fine dining restaurants. Located in New York, Eleven is a three-star Michelin restaurant that won the coveted Best Restaurant in the World title in 2017.

Crime and safety in the USA largely depend on which state you're in. Crimes like theft are more common in densely populated areas such as New York, while drug abuse is higher in areas near California and Nevada.

The USA is also a target for terrorist attacks. US security forces are always on high alert to ensure safety within the country's borders.

Despite this, America is generally considered among the safer countries for tourists. 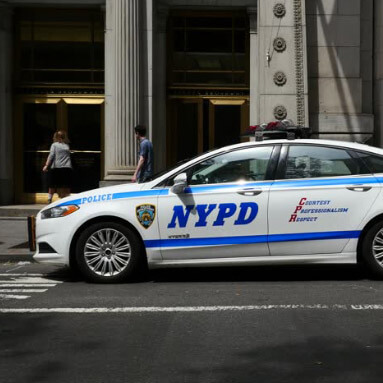 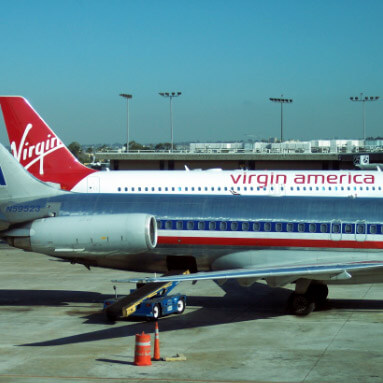 Travelling to and within the USA

South Africans need a visitor visa to travel to the USA. You can apply for one online by visiting the website of the United States of America Embassy in South Africa.

Once you've received your USA Visa, you can travel to and around the USA in the following ways:

Driving in the USA

If you're visiting a densely populated city such as New York or Los Angeles, you can rely on the various cabs, Ubers, and public buses and trains that run across the city.

If you head out to less populated states such as Utah and Montana, you'll likely need a rental car. You can rent a car in the USA in any of the 50 states; either visit a car rental agency or book one online.

Cruise ships are highly popular in the USA, especially considering the large number of tourists who visit states like Hawaii and Florida.

New York also welcomes international cruisers into its large port, where visitors are greeted by the famous Statue of Liberty.

Flying to the USA

Tips for visiting the USA

The USA is large; the country spreads across six time zones, so keep this in mind when you're planning your travels.

New York's subway network can be confusing at first, but apps like Google Maps can help guide you through the underground maze.

Most Americans speak English and many also speak or understand Spanish, due to the large population of Mexicans living in the USA.

Weather conditions can be harsh depending on when and where you visit, with various natural disasters having occurred throughout the country's history. Plan your American holiday around a time when the weather is less extreme in the states you're visiting.

International events occur frequently in many major cities such as New York and Los Angeles. This is good if your plans include attending such an event, but for those looking to avoid large crowds, keep an eye on the USA's events calendar before you go. 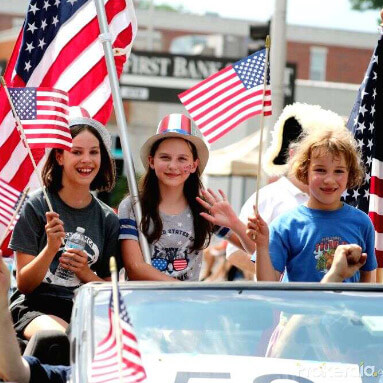 Information provided for informational purposes. Prices quoted correct at the time of publication.