Guide to Ferrari in South Africa

Some companies spend millions on marketing their new cars to gain traction and generate excitement. Ferrari, however, hardly needs that kind of advertising; they simply state they're working on a new car and fans around the world rejoice. Few car brands have the international appeal that Ferrari does, and deservedly so. The prancing horse endured years of rivalries with fellow car makers and has fought hard in racing championships to gain their prestigious name.

Despite this, Ferrari has a loyal following in South Africa. Scuderia South Africa (Pty) Ltd is the country's official Ferrari dealer, offering 10 Ferrari models, each built-to-specification.

A Brief History of Ferrari

Ferrari was started in Maranello as part of Alfa Romeo's racing division, responsible for designing and developing competition-spec race cars. Founder, Enzo Ferrari, saw a greater future for the brand and pushed to develop Ferrari's first race car in 1940, the Tipo 815. They entered the car in the Mille Miglia race and showed promise before retiring with mechanical issues. By 1947, Ferrari had produced their first road car, the 125 S. Designed as a race car for the road, Enzo Ferrari built and sold the 1.5l V12 engine 125 S to fund his racing series.

Scuderia Ferrari (Team Ferrari) was determined to separate their racing cars from those built for customers. Ferrari restructured as a public corporation under SEFAC S.p.A in 1960. Seven years later, Fiat bought a 50% stake in Ferrari and pushed for increased factory production. Enzo Ferrari oversaw the creation of several revolutionary cars along with years of dominance, especially in Formula One and endurance races. In 1988, Ferrari launched the F40, their first supercar. Enzo passed away later that year.

Ferrari paid tribute to their late founder by calling one of their fastest and rarest cars ever, the F60, the Ferrari Enzo. They built 399 models of it between 2002 and 2004, and gifted the 400th model to the pope, who donated it to charity by auctioning it off for $1.15 million. In 2014, Fiat Group announced their split with Ferrari and discussed their aim to turn Ferrari into an independent car maker.

Ferrari was voted the most powerful brand in 2012 by Brand Finance, a branded business valuation consultancy. The award is based on numerous factors, such as customer loyalty and staff satisfaction. Ferrari also holds the record for the most expensive car ever sold, as the 1962 Ferrari 250 GTO was auctioned for $38.1 million (R531,133,050) to American magnate Craig McCaw.

Ferrari's Formula One success is always a factor in their brand valuation, as they have amassed 16 awards in the World Constructors' Championships and 15 in the World Driver's Championships. Their era of dominance, alongside Michael Schumacher, cemented their name in the history books as the most successful team in Formula One ever. 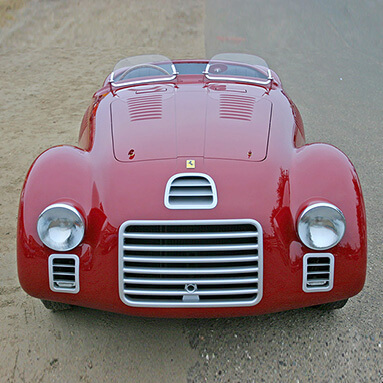 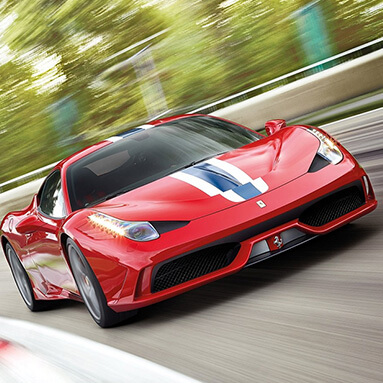 Scuderia South Africa has dealerships in Johannesburg, Cape Town, and Durban. Here's a list of the current range of Ferraris available in South Africa:

Ferrari models are sold in limited numbers and are made to spec, making them some of the most expensive cars available on the South African market. They sold two 488 Pistas and two Portofinos in December 2018, according to the NAAMSA Sales Report.

The best-selling model is currently the 488 Pista, a two-seater race car for the road. Engineered to be comfortable in everyday use but thrilling enough to leave you in awe, the 488 Pista is a true marvel. Powered by a twin-turbo V8 engine, the stallion produces an astonishing 530 kW and 770Nm of torque, ensuring it can accelerate from 0 – 100 km/h in 2.85 seconds and reach a maximum speed of 340 km/h. The interior is an artwork in simplicity; a race-focused cockpit surrounds the driver in carbon-fibre and Alcantara materials, crafted with sophistication. The 488 Pista retails from R5.12 million. 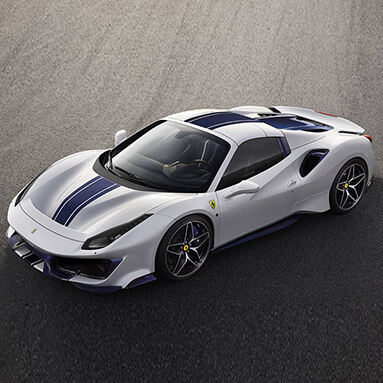 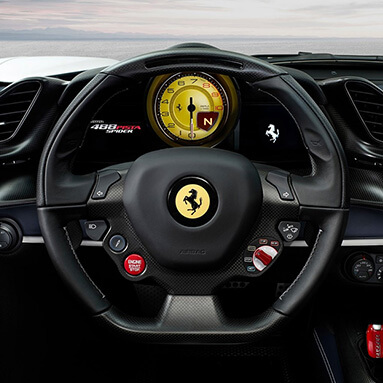