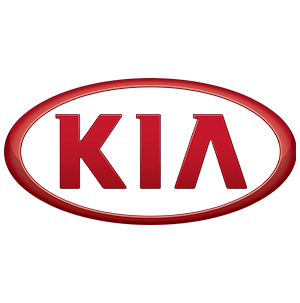 The nimble little Kia Picanto is arguably one of the South Korean automaker's best models yet. It's ideal for anyone in the market for an affordable, practical, and funky compact hatchback.

Designed and manufactured in Seosan, South Korea, the Picanto has impressed customers all over the world. The model took South Africa by storm and quickly amassed enough sales to be listed among the best-selling cars in the country, according to sales reports from NAAMSA.


A brief history of Kia Picanto

Launched in 2004 after its unveiling at the Frankfurt Motor Show in Germany, the Kia Picanto was built on the same platform as the Hyundai Getz. Offering a small, light engine and minimalistic interior, the Kia Picanto gave customers a great modern alternative that was nimble, efficient, and affordable.

In 2001, Kia unveiled the second-generation Picanto, which featured a brand new design and an updated interior. The new Picanto was well-received and went on to win several awards including the Top Gear Bargain Car of the Year award in 2010 and the Standard Bank People's Wheels Budget Buys award.

The Picanto received a facelift in 2007 with a new, unique rounded headlight design, and in 2010, it received a few more minor tweaks, particularly around the grill and interior.
The third-generation Kia Picanto was launched in 2017 and features sharper styling, a more modern interior, and all the fitted specifications expected from a 21st century car.

The Picanto has a trendy and modern design; the sharp styling flows gracefully from the aggressive headlights along the grooved door panels towards the compact rear.

Inside, the Picanto has an ultra-modern and stylish cockpit. Sitting in the centre of the console is a new infotainment system that connects to a phone via Bluetooth and enables media control.

Kia vehicles are manufactured and exported from South Korea, so there is no assembly plant in South Africa. However, due to the popularity and high sales volumes of certain Kia models, including the Picanto, the automaker is well prepared for the high demand in spare parts for their South African service centres.

The Kia Picanto is available at any of the more than 20 Kia dealerships across the country and retails from R154,995.

Value-added products are available from Kia and can be added to a financing package if you wish. RenewTech will ensure your vehicle remains in top condition as it covers minor dents and scratches. Adcover will pay the credit shortfall after a payout from your insurance company following vehicle theft or a write-off. Deposit Cover will pay a certain percentage towards the deposit on your new vehicle if your current Kia is stolen or written-off.

According to Ctrack, a leading South African car tracking and recovery agency, Kia vehicles are among the top five most stolen cars in South Africa. This could negatively affect the cost of car insurance for a Kia Picanto, so make sure you get the best possible deal by comparing car insurance quotes from multiple insurers before committing to one.