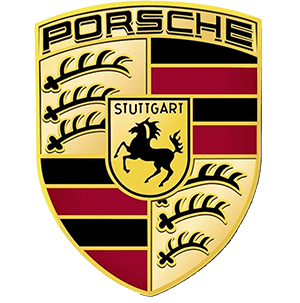 Guide to Porsche in South Africa

Some car brands define the idea of motoring, and few companies have achieved that to the extent that Porsche has. The company’s unique designs set their vehicles apart, creating a niche market with an adoring following.

Borne from simple beginnings in Stuttgart, Porsche went on to define its own vision of the automobile. Today, it is a multi-billion dollar company (a total value of $11 billion, according to Forbes) with thousands of vehicles sold globally every year (130,598 in the first half of 2018) and millions of Porsche fanatics (13.5 million followers on Instagram alone). Porsche currently offers six models with several variants of each.

Their rich history in various European and American racing series moulded an image of Porsche which they still rely on, such as their long-standing partnership with the FIA GT Series and the 24 Hours of Le Mans.

A Brief History of Porsche

The company was founded by Ferdinand Porsche in 1931 in Stuttgart, Germany. Although Porsche was yet to build their own vehicle, they offered consulting services to other automotive manufacturers. One of the biggest early projects Ferdinand embarked on was creating the ‘people’s car’, known as the Volkswagen Beetle. Ferdinand’s first car, the Type 64, was built in 1939 and used components from the Volkswagen Beetle.

Following a series of controversies during World War II, namely developing military vehicles for the Nazis, Ferdinand’s son, Ferry Porsche, built his own car because he couldn’t find one he liked. This led to the development of the Porsche 365, the first official Porsche vehicle, and marked the brand as a world leader in quality sports and racing cars.

Volkswagen and Porsche collaborated on various projects and eventually sealed their long-term relationship with Porsche forming part of Volkswagen AG. Rather than the brands simply leaning on one another for financial support, Porsche and Volkswagen shared designs and the same basic chassis (also known as a platform) in many of their cars. 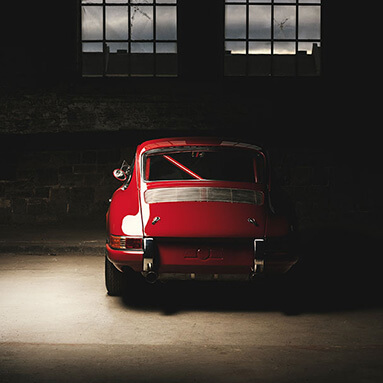 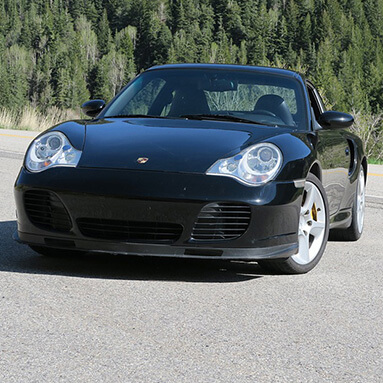 Porsche vehicles are considered by many to be cars for the elite. Their performance-focused 911 range were created to be road-legal race cars. However, Porsche ventured into the unknown and launched its version of the modern premium SUV, the Cayenne. They followed this by producing the smaller Macan SUV and the Panamera Sedan, while offering the more affordable 917 range.

They’ve also introduced their all-electric model dubbed the E-Performance and recreated history when they unveiled the limited edition Porsche 918 Spyder in 2015 – the fastest road-going Porsche ever created.

The current range of Porsche models in South Africa:

Porsche vehicles are renowned for their great quality and relative value for money, two factors that helped Porsche win the WesBank SA Car of the Year award four times since 2013 with their Boxster, Panamera, Cayman, and Macan models.

The company also showcased its dedication to the local market by investing in four new dealerships (located in Johannesburg, Pretoria, Cape Town, and Umhlanga) while the Porsche distribution network owner, Toby Venter, purchased the Kyalami Grand Prix Circuit in Midrand on auction in 2014 for R205 million.

First built in 1963, this rear-engined classic sports car has undergone years of fine tuning, right up to the newly unveiled 911 (922) version. The 911 is so popular that it came fifth in an international poll by the Global Automotive Elections Foundation in 1999 for Car of the Century.

Starting from R1.41 million, the Porsche 911 Carrera is not the most affordable option, but you certainly get a lot of performance and efficiency for that price. The traditional 911 engine is a 3.0 litre 4-cylinder, producing 272 kw and 309 Nm of torque, resulting in a 0-100 km/h time of 4.6 seconds. The Porsche 911 also follows the company’s traditional design and engine placement. 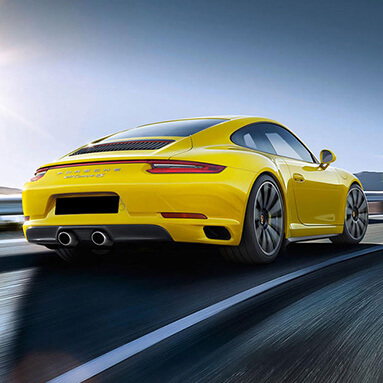 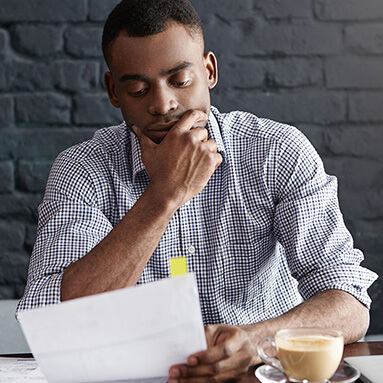 Porsche is a premium-priced and performance-focused brand, so one may expect to pay a hefty insurance premium. However, many local automotive journalists and experts consider Porsche vehicles reliable and safe, with various safety features fitted as standard. This could work in your favour when looking for car insurance quotes.

Due to the premium pricing and specific use of Porsche vehicles, most car rental agencies don’t stock them. However, there are high-income rental agencies focused on providing luxury vehicles, so it is possible to find a Porsche to hire.

Interested in learning about other cars in South Africa? Have a look at our car buyers’ guide. 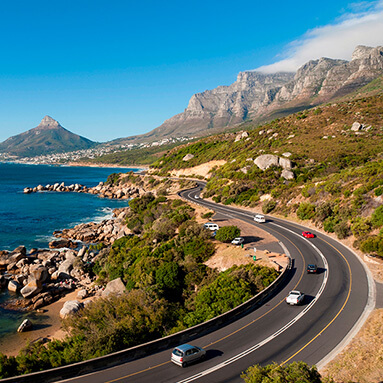