From the hills of the Drakensberg to the suburbs of Sandton, Land Rovers are an ever-present sight on local roads. It's easy to see why people love them; durable, highly capable, and luxurious, they've trekked their way into the hearts of South Africans.

A Brief History of Land Rover

He and his brother Spencer met on a beach in Red Wharf Bay the previous year, where Maurice sketched an outline of the original Land Rover in the sand. The Wilks family owned land on the Welsh island and Maurice wanted a versatile vehicle that could double as a light tractor and off-roader. His forward-thinking design was christened the 'Land Rover', the outline of which we now recognise as the Defender.

Land Rover has formally been represented in South Africa since 1950, when at the time only five agents in Johannesburg, Cape Town, Durban, East London and Port Elizebeth were officially responsible for distributing Series 1 vehicles. Today there are more than 30 Land Rover retailers in South Africa. 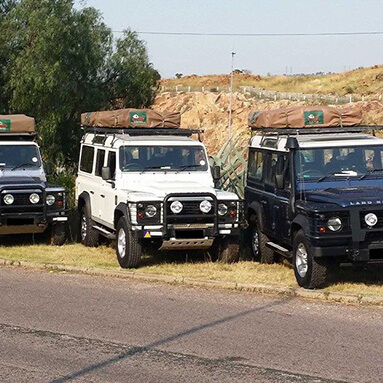 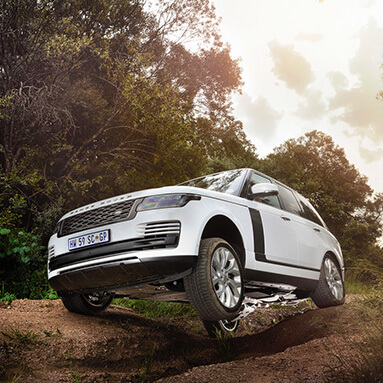 Land Rover models are designed in the UK and in South Africa are sold in partnership with Jaguar in dealerships across the country. These are the models you can purchase:

The entry-level model is the Discovery Sport. An all new Discovery Sport is due in South Africa early in 2020 with improved features including an updated infotainment system, improved ergonomics and greater refinement. The seven-seat SUV with 5+2 seating provides 24 possible seat configurations, offering more flexibility for family adventures. In South Africa customers will have a choice of Ingenium diesel and petrol engines paired with updated nine-speed transmissions. The 2.0-litre diesel, badged D180, offers 132kW and 430Nm while returning an average fuel consumption of 5.8l/100km. The P250 petrol has outputs of 183kW and 365Nm with an average consumption of 8.0l/100km. An even more efficient P300e plug-in hybrid electric vehicle (PHEV) version is scheduled to join the range in South Africa in 2020.

Interested in other South African vehicle manufacturers and models? Check out the Hippo.co.za car guide. 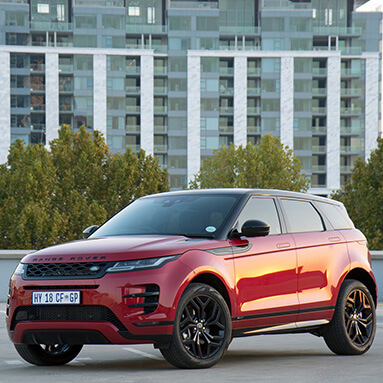 Premium vehicles will usually be accompanied by costly insurance. However, as Land Rovers tend to have excellent safety features, this may result in a lower car insurance premium. The brand's increasing presence in South Africa ensures improved parts availability, which is another benefit that could lower monthly premiums.

Use the hippo.co.za car insurance comparison tool to find an insurance package for your Land Rover that fits your budget.