Guide to MINI in South Africa

The little car with a big personality, MINI cars have always been at the forefront of trendy design and fashionable motoring. Created as a solution to heavy traffic on cramped city roads, the MINI has been zipping drivers around tight corners for over five decades.

MINI South Africa offers seven models, each with several styling and engine variants. Their latest models, the Clubman and Countryman, are brand new offerings where the company broke away from its normal hatchback models, although they still retain MINI's traditional styling.

A Brief History of MINI

Following the launch of the highly successful Fiat 500 in 1957, British Motor Corporation (BMC) opted to design their own version to rival the hit car from Italy. Leonard Lord, the head of BMC, vowed to design a car that would rid the streets of big, fuel-guzzling alternatives. This saw the birth of their first car, the Mark I in 1959.

The MINI became an icon of British pop-culture during the '60s and was featured in the Italian Job film of 1969 (and the Hollywood remake in 2003). The brand from Oxfordshire revolutionised the way people viewed motoring, as many moved away from heavy and cumbersome vehicles to the light, nippy and compact MINI.

BMW acquired MINI in 2000 when it took over the Rover Company. It helped redevelop the brand and introduce models designed for the modern driver. 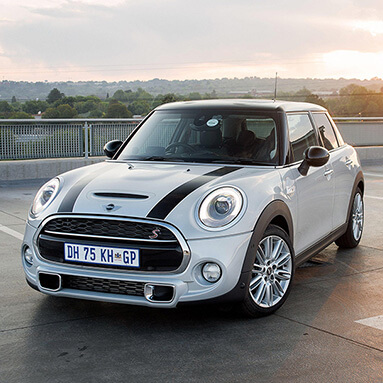 MINI South Africa has 14 dealerships across the country with the majority situated in Gauteng and Cape Town. Each MINI Dealership and Service Centre is managed alongside its parent company, BMW, and MINI Financial Services helps customers get a financing plan that suits their budgets.

In South Africa, you can buy these MINI vehicles:

According to NAAMSA sales statistics, MINI is not a top seller, with the January 2019 report indicating they sold 173 models in the country, 56 of which were the popular 3-Door Hatch.

Fast and fun, the MINI Cooper S 3-Door model offers everything the modern driver wants from a nippy city car. An elegant interior goes well with the agile chassis, giving the driver a fun go-kart feeling.

MINIs are famous for their exhilarating driving dynamics, with motoring journalists praising the cars' ability to take corners with ease. The 2.0L turbocharged engine makes life in the MINI Cooper S 3-Door exciting with a zippy 141kW and 280Nm of torque available. It's also light on fuel with a combined cycle of 6L/100km. 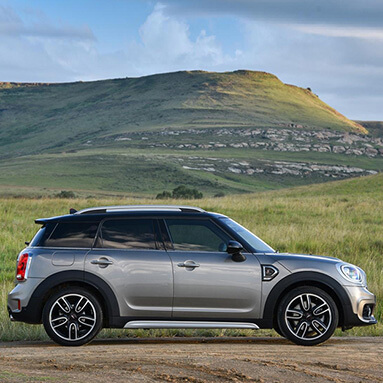 MINI vehicles are managed and serviced alongside BMW's existing dealership network, which can be beneficial when looking at the cost of a MINI's car insurance premiums. Their warranties, service plans, and parts availability are good, although the pricing of these can be above average when compared to other vehicles in the same segments.

The brand also offers its MINI Financial Services, with their insurance options ranging from comprehensive car insurance to covering the cost of minor scratches.

To make sure you're getting the best deal on your car, you can compare MINI's insurance premium with quotes from other insurance companies using the hippo.co.za car insurance quote comparison tool.