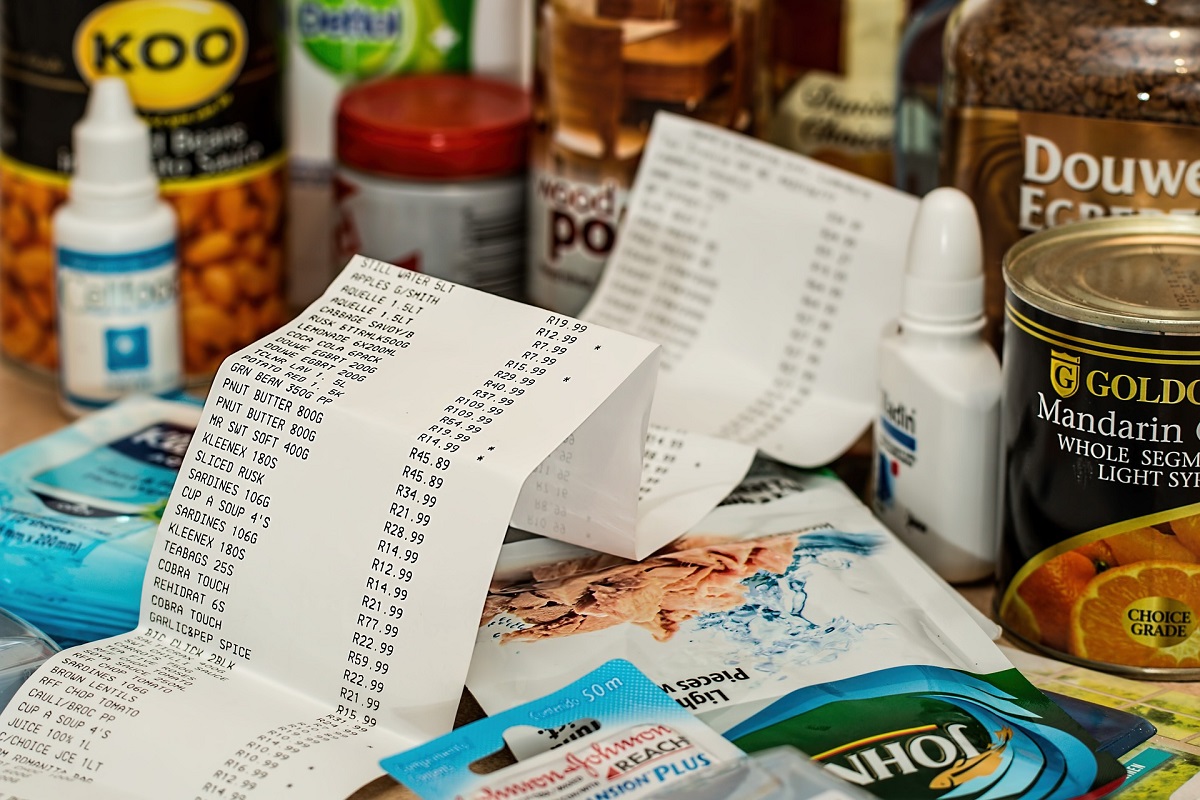 With the cost of goods and services rising sharply, most working South Africans look forward to an annual pay raise to beat inflation and interest rates on Personal Loans and credit cards. While it was predicted earlier this year that few South Africans will see extra digits added to their salary, BankservAfrica’s latest Disposable Salary Index (BDSI) indicates that there has been a slight increase in disposable income.

According to the report, May showed a salary adjustment of 0.9% for the third consecutive month in 2017. Even though the seasonally adjusted average real take-home pay was around R13 790 in May 2017, slightly lower than April’s R13 914, formal workers are actually faring better on the pay front than in 2016. Overall, the average disposable salary increased by 6.6% on a year-on-year basis – albeit slower than the 7% comparative increase between April 2017 and April 2016.

Analysing the data, Mike Schüssler, chief economist at Economists.co.za said “the BDSI indicates that the trend of shrinking salaries has been replaced with slowly increasing salaries. This is due to 2016’s higher consumer price inflation which helped to lift salary increases by the public sector”. 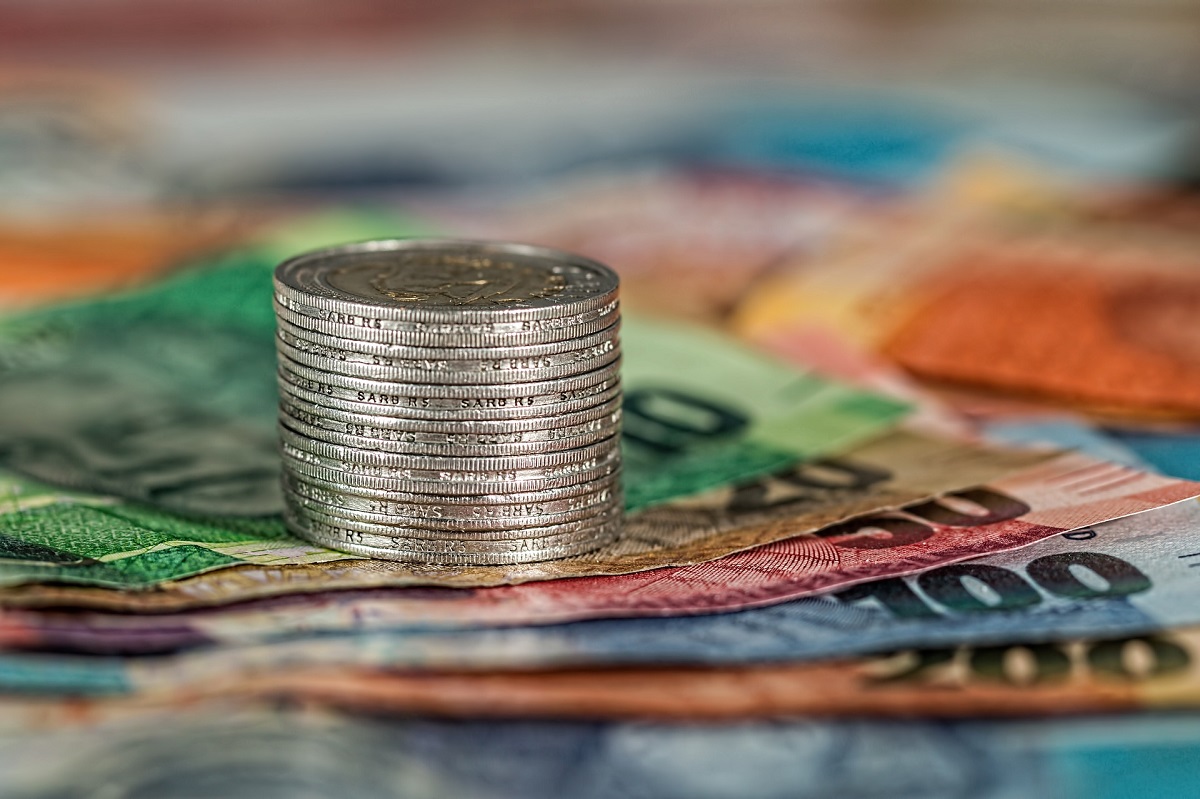 In April, the Economists.co.za and the National Treasury revealed that personal taxes rose by 8.8% – well above the rate of total banked salaries at 6.4%. It is a growing trend that they attribute to the national budget allocation that has not made adequate provision for inflationary adjustments when tax brackets are amended. The higher tax rate affects the spending profile of households as salaried individuals take home a smaller cut of their pay after tax deductions.

A similar trend was measured by Statistics SA, which noted that Medical Aid inflation went up by 10.3%, bypassing the rate of salary increases. “With average salary increases being 0.9% in May, it is likely that banked formal sector employees are averaging gross salary increases of over 7% before taxes with medical aid deductions reducing take-home pay increases to 6.6% or so,” the Disposable Salary Index concludes.

The below tables, sourced from Business Tech, reflect the year-on-year adjustments in market-related pay across a range of sectors in South Africa. 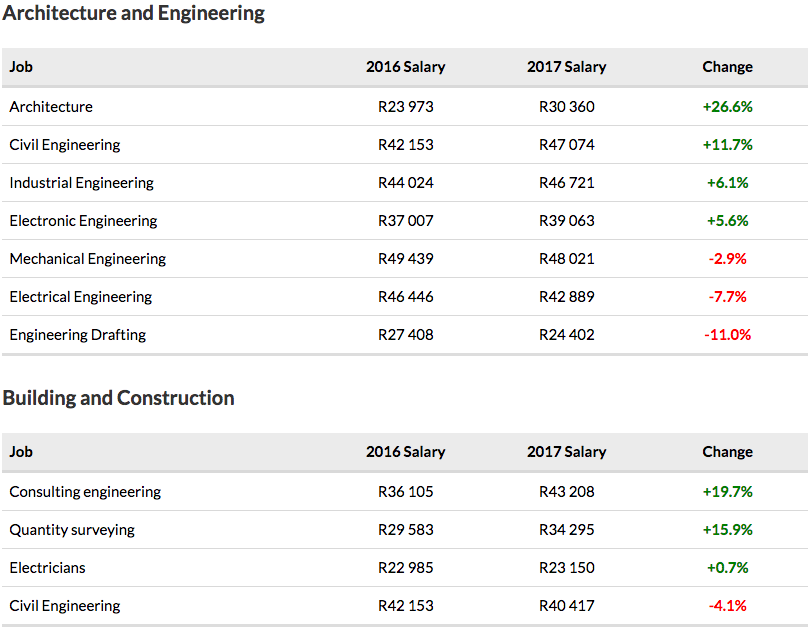 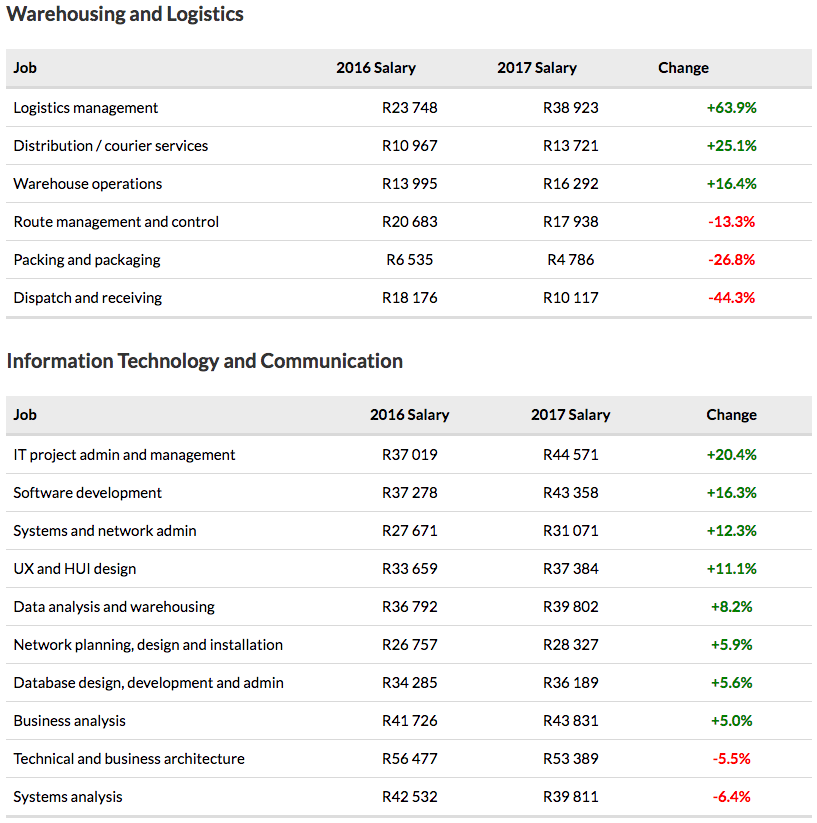 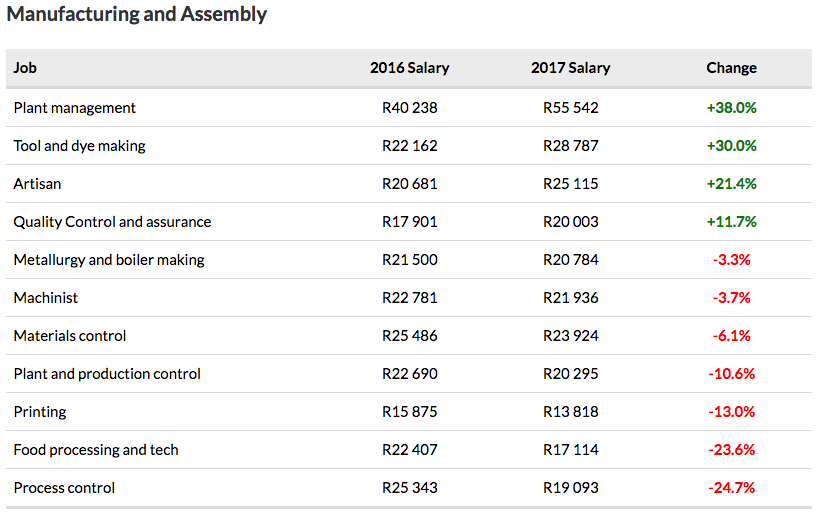 Whatever your income bracket, there may be times when you need a quick cash injection. Hippo.co.za can help you source quotes from a range of Personal Loan providers to improve your cash flow.

DISCLAIMER: Hippo.co.za has made this article available as an information source only and cannot be held responsible for any financial losses or damages that may incur as a result of this content.