An Insurance Tale of Two Families

It’s a fact of life that every day we face some uncertainty about what could go wrong, what challenges we could face and what the outcome could be if the worst did happen. Recent research has turned up that the average driver will file a claim for a car accident every 17.9 years, which essentially means that one can expect to have three or four relatively serious collisions over the course of their lives but what about other situations?

Below we’ll delve into the story of two distinct families for which the breadwinner in both cases will be the adult male. As real life situations progress we’ll look at the impact on their budgets and the end result. 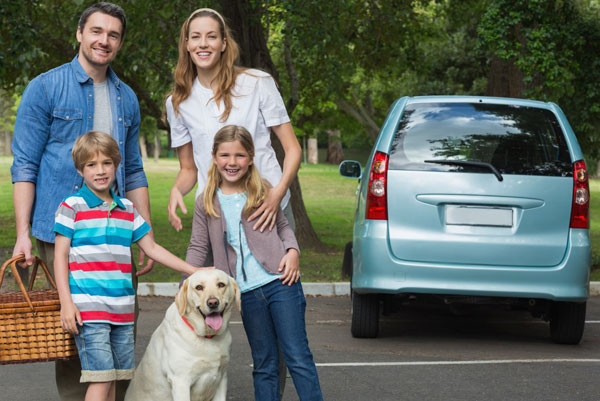 Dirk and Marie have been married for 12 years and they have two children. Dirk has a successful career managing construction sites.

Dirk gets into his protective gear and moves through the construction site checking that materials have arrived, schedules are adhered to and quality standards are being met. While moving around the site a live electric cable swings free of a poorly secured mooring towards him . . .

. . . but a co-worker yells out a warning in time and Dirk moves out of range without injury. Shaken up but unharmed he arranges to have the danger cleared up and continues going about his day without incident. Every day he works around the site though he has the same odds of suffering a work related injury.

Dirk needs to meet a potential new client at 14:00 and he hasn’t eaten anything since breakfast so he climbs into the car at 13:15 to tend to both needs. He stops at a local drive-through, gets his food and heads for the highway. Hitting traffic but keeping up a strong pace he leans towards his open packet of chips. Still shaken up by the morning’s near miss with the cable and having taken his eyes off the road he fails to spot a speeding taxi blast through a four-way stop . . .

. . . and the heavy vehicle slams into the passenger side of his car. Among other things he needs to have glass shards carefully extracted, get x-rays and several stiches, all of which runs into tens of thousands of rands. Fortunately his medical insurance will pay out. His car (valued at R300 000) turns out to be a write-off, but again his car insurance covers the loss and gets him a temporary replacement.

Dirk got lucky in his accident. He could easily have required surgery and if that happened and he wasn't covered by insurance, the total cost of this single incident could have virtually wiped out his family’s savings. 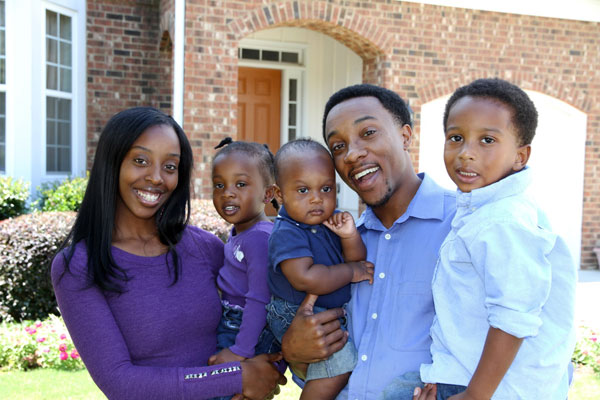 Nkanyiso is a teacher at a local high school in KZN. He and Ntandokazi have been married for eight years and they have three children.

He is asked to assist the art teacher in hanging up a few show pieces in the hall for a parent/teacher conference later that evening. He pulls up a ladder, climbing to the top to arrange a sculpture that had been created by a particularly talented student. Leaning at a slightly awkward angle he feels the stiffness in his back from standing and teaching all day and his muscles spasm momentarily, causing the ladder to wobble . . .

. . . but he manages to regain his balance at the last moment, preventing him from taking a four metre drop onto the tough wooden flooring below. A few hours later he gets a call from his wife’s work number and in a bit of a state she explains that her cell phone has gone missing along with those of several co-workers . . .

. . . they both knew immediately that Ntandokazi wouldn’t be getting her phone back and it wasn’t insured so this will set them back a few thousand rand which they’d ear-marked for a holiday in the next few weeks.

Nkanyiso heads home but is immediately concerned upon arrival. There’s glass below one of the windows on the left side of the house and as he parks he can clearly make out that a window has been smashed and opened. Knowing his wife and the children will be home any moment he dials the police to report a break-in while circling around the house. With the police on the way he notices that . . .

. . . the back door is wide open and it’s already apparent from his position that several items have been taken. Upon further inspection . . .

. . . the burglars are still there and one of them assaults Nkanyiso, knocking him down as they make their final getaway towards what seems to be a large moving vehicle loaded with his family’s possessions. The police and his family arrive on the scene shortly and Nkanyiso’s injury to his eye is attended to while the police search for clues. His family is devastated. Although the house was insured against damage their household items were mostly not covered. The Dlaminis know that this will set their family back a year or more in terms of their financial security.

Medical aid and other forms of insurance often seem like grudge purchases to most of us but the truth of the matter is that not having a good insurance package on the off chance that you need it, can set you back months or even years financially.

This is a work of fiction. Names, characters, businesses, places, events and incidents are entirely fictitious. Any resemblance to actual persons, living or dead, or actual events is purely coincidental. Although the author and publisher have made every effort to ensure that the information in this article is correct at the time of publication, a financial advisor or insurance professional should always be sought when calculating insurance premiums, claims or any other form of risk.