You may not feel comfortable reflecting on the subject of death, but sadly there will come a time when funeral arrangements have to be made for you and your loved ones. And, even though you cannot elude death, you can ensure you are well prepared for this unfortunate event by taking out funeral insurance.

A funeral provides an opportunity for friends and family to pay their final respects and support one another at this time of mourning. Every burial ceremony will, however, vary according to the deceased, the needs of their relatives, and the culture they belong to.

Hippo.co.za takes a look at three funeral customs in South Africa and how each religion executes the ritual of burials and mourning.

Tracey Randle from the Solms-Delta wine estate in Franschoek gives a breakdown of the traditional Christian funeral:

“The people of Solms-Delta form a close-knit community of predominantly Christian practitioners, who have been living on the farm for the past 35 years. They represent diverse denominations, however some attend the historic church on the property that was built by Herbert Baker.

After the confirmation of death there is a week or two before burial takes place. During that time the families of the deceased are visited by close friends and family to offer their condolences. The families often receive flowers or food to assist them during that week, and especially with catering for the day of the funeral. 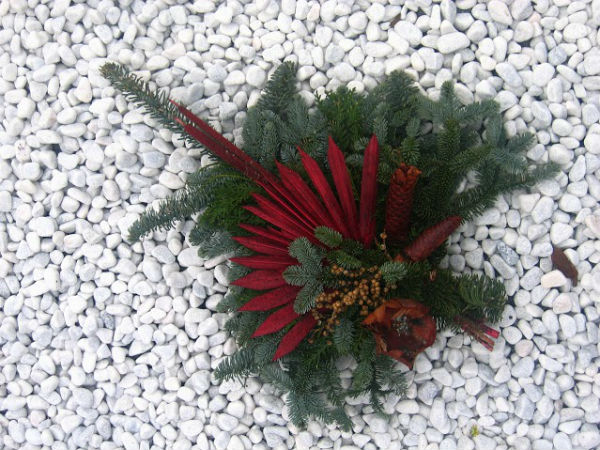 It is an emotional time for the family as they openly grieve. During this time of mourning, they are supported by friends and family. Farm communities are not like separate suburban neighbours, they’re all acquaintances or are related. In Solms-Delta’s case, they work in different departments on the farm or even alongside each other.

When someone passes away, everybody attends the funeral and tries to help the family out in any way they can. Busses are hired to transport friends and relatives who don't have any means of transport, so they'll be able to attend the service.

On the day of the funeral, the body is returned to the house in an open coffin so that anyone who would like to pay their respects can do so. Many want to see the deceased for the last time, leave flowers on the body or touch the deceased's face. The coffin is then taken to the church for the service, after which they proceed to the cemetery where the coffin is lowered into the ground.

A meal is offered after the burial, often in the form of a traditional Cape chicken breyani (a traditional curried chicken and rice dish), begrafnisrys (funeral rice), and potato curry, followed by tea and biscuits.”

“Jews bury the dead as soon as possible, based on Deuteronomy 21:22-23.  Before burial, the body is ceremonially washed with water (taharah) and wrapped in a linen shroud before placed in a simple coffin (in Israel Jews are buried without coffins, the body just wrapped in a shroud). Blessings are recited during taharah. The coffin is unadorned to signify equality in death between rich and poor. Between taharah and burial the body is not left alone; someone sits with it and recites Psalms. The deceased is not viewed before the funeral out of respect for the dead.

The funeral service takes place at the cemetery and consists of various Psalms and prayers. Official mourners (children, siblings, parents and spouses of the deceased) rend an item of their clothing before the service as a biblical sign of mourning (Genesis 37:34, 2 Samuel 1:11, Job 1:20).

The body is escorted to the grave, carried by pall bearers. After the coffin is lowered into the ground the mourners and those attending the funeral fill the grave with earth. The memorial prayer is chanted and then the mourners recite the Mourners’ Prayer, known as the Kaddish.

After the funeral, the mourners return home and begin a week of mourning (shiva) during which they refrain from going out. Members of the community visit the mourners to console with them and daily prayers are held in the mourners’ house, enabling them to recite the Kaddish. After shiva, the mourners resume their daily routine.”

Bilal Vaid, a member of the Council of Muslim Theologans and Zaid Mahomedy, a Muslim travel blogger, guide us through the rituals of Islamic burials:

“Muslims accept that death is inevitable, and death in this world is a transition to eternal life. We accept that family and others will feel intense grief at a death, but loud crying, wailing, and such expressions of grief are not sanctioned. 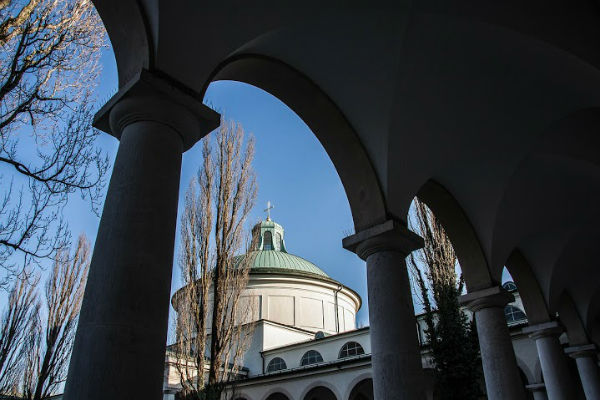 At death, Muslims prefer that the declaration of faith, the Shahadah (I bear witness there is no God but Allah and Mohammed is the messenger) be recited, either by the person dying, if possible, or by anyone else around him at the time of death.

When a Muslim dies, funeral arrangements begin immediately and the deceased is buried as soon as possible (within 24 hours in most cases).

A local burial committee is contacted to assist with the formalities. To prepare the body for burial it must be washed by specific family members of the same gender as the deceased and shrouded (three plain sheets for men, an additional two garments for women). Embalming and cosmetology are not permitted. The deceased is then shrouded in plain white cloth. Muslims do not bury in a coffin.

Although Muslims believe that the body is merely a shell, it has to be given the greatest respect. If post-mortems are required by law, it is hoped that they are done as quickly as possible.

There is no need for insurance, as the burial is simple (hence minimum costs), which are generously borne by the family of the deceased or the community should the individual not have sufficient wealth available. There are no Muslim undertakers and cremation is not permitted for Muslims.

Hearses provided by community organisations transport the body. If a hearse is unavailable it may be transported in any vehicle, or even carried if the cemetery is close enough. A special, short prayer is performed and the grave is filled by those attending the funeral.

Traditionally, only men are present at the burial site.  Once the body has been lowered into the grave with its right side facing Makkah, a layer of planks and stones are placed on top of the body at an angle to prevent the soil coming in contact with the body once the grave is filled by the mourners present.

The mourners depart after reciting excerpts of the Quran at the head and side of the grave followed by a short prayer. The family of the deceased may then host close family members, friends and out-of-town visitors for a few days after the funeral (generally for not more than three days).

Since funeral ritual differs from one another, the cost related to each type of burial will also vary. The modest nature of Muslim burials requires very little financing; Christian burials, however, are generally more expensive and may benefit greatly from funeral cover.