One of the biggest concerns you may have in the aftermath of a car accident, is figuring how to seek compensation to fix or replace your car. A car accident can be a devastating and scary incident but it’s important to handle yourself correctly to achieve a positive outcome. Once you’ve assessed your own injuries, notified the police, and exchanged information with the other driver, you can get started determining the damages to your car and get the claims process started.

Collecting evidence at the scene of the accident is key to building a strong case for your Car Insurance claim. Whether you intend to seek compensation from the other driver’s insurance or claim from your own policy, photographs of the scene can be useful in proving contributing factors, who was at fault, and the severity of the damages. This article provides car accident scene photography guidelines to help you present sufficient evidence for damages. 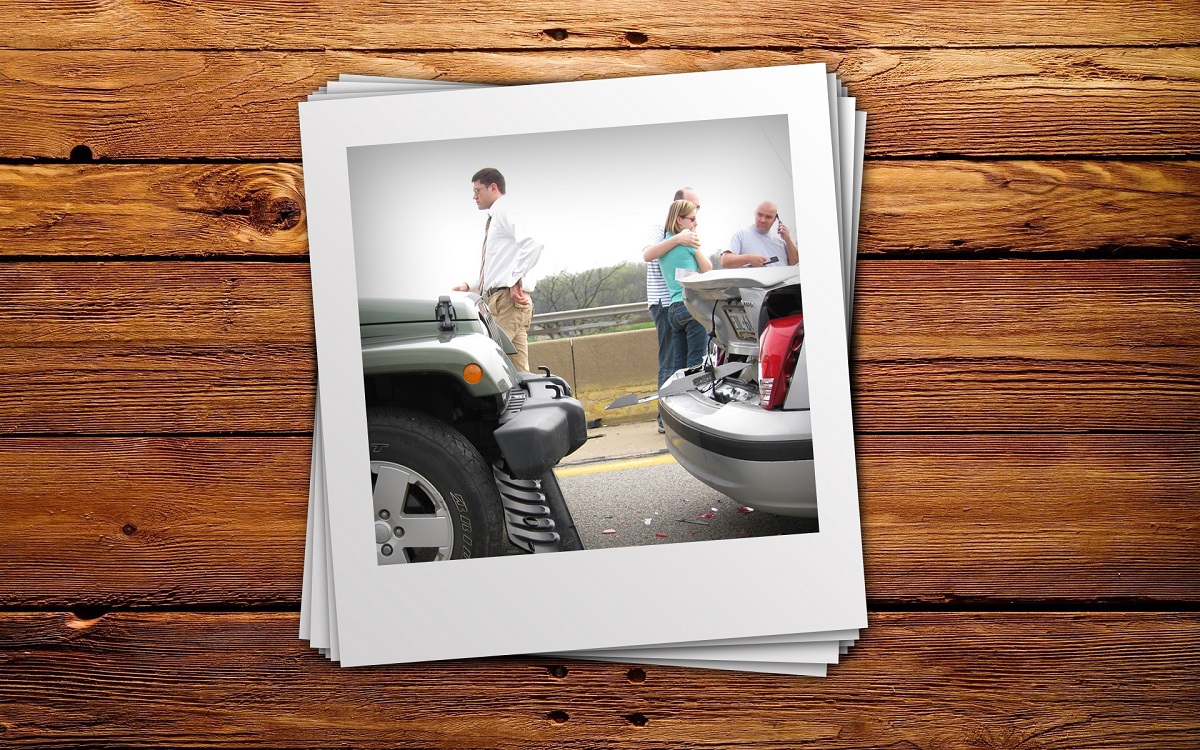 When taking a picture on your smartphone, you’re automatically recording when you took it. However, if you’re using a digital camera, ensure that the time stamp feature is activated to validate the period the accident happened. Before you snap away, consider natural and artificial light sources. To get the best exposure, the source of light should be shining at your subject but not directly into your camera lens. Night time can make it more challenging to take good shots so be sure that you are using the flash setting.

When starting to photograph, step back from the scene and take a wide-angle shot to place things in relation to one another instead of just up close-up shots. This way you can show, for example, that the accident took place at an intersection as well as demonstrating the vehicles’ positions and proximity to one another at the time of the accident. This overall view will put your individual, finer details photos in context, so they make sense to the insurance company. 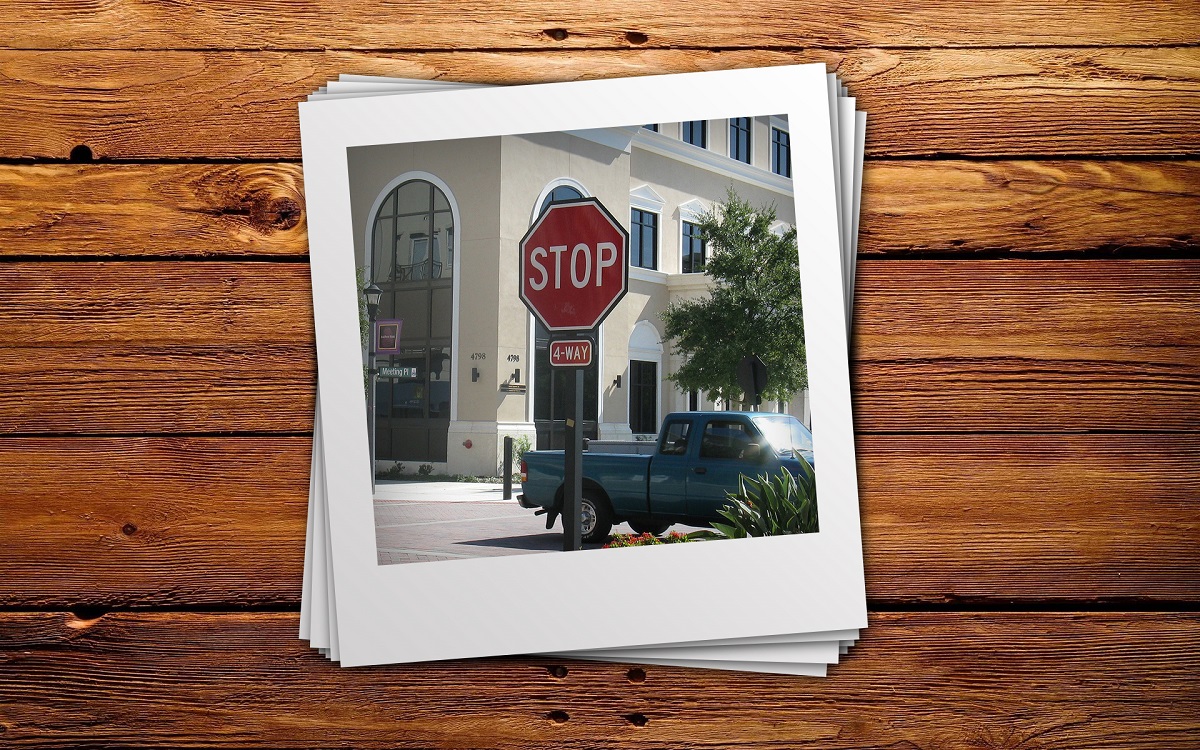 When you’ve captured the entire scene at a distance, you can move on to photograph traffic lights, and yield or stop signs, if any are present. Road signs/indicators may help insurance companies determine if traffic signs played a role in the accident. When investigating the circumstances, they will also consider road conditions, the weather and visibility at the time of the accident, therefore you’ll also need to make a record of things like potholes, construction equipment, uneven pavements, heavy rain, fog, snow, and the position of the sun.

After this, capture all interior and exterior damages to your car and the other vehicle(s) involved as well as the destruction of property and infrastructure (damaged road signs, barriers and walls). When photographing the other driver’s vehicle, include the number plate and the make/model of the car in the shot. 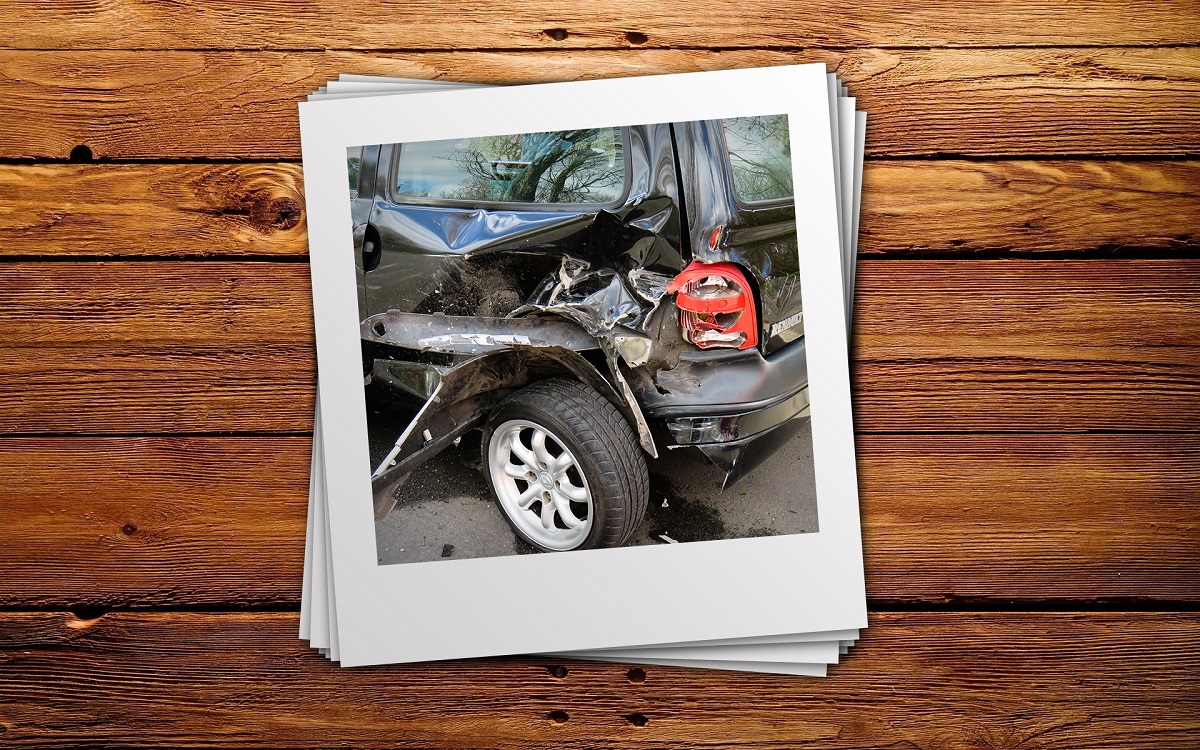 Record any debris scattered across the road such as broken glass or a bumper. If the accident occurred because the other driver ignored the speed limit, you need to prove that the other driver was travelling faster than allowed. Photographing any skid marks left on the road can support this claim.

Take a visual record of all the people affected by the accident. You’ll need the identities of the other driver, their passengers as well as other witnesses. Take pictures of the police, traffic officers and paramedics who responded to scene, as well as their vehicles. 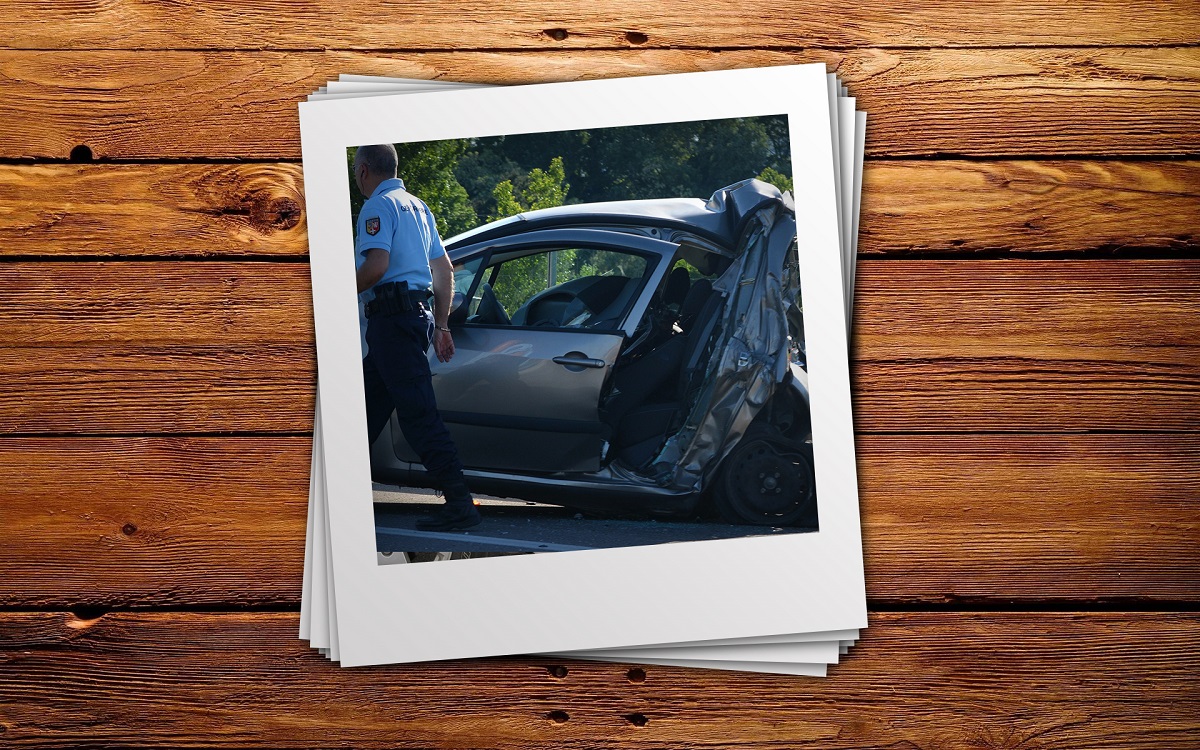 Tactfully get a picture of any injured persons placed onto a gurney and into an ambulance. You’ll also need to highlight all injuries sustained by yourself, the at-fault driver, passengers, and any injured pedestrians. If possible, capture every detail of the injuries such as cuts, bruises, abrasions, swelling, bleeding, and broken bones.

Many victims of car accidents experience a state of confusion or loss of memory in the aftermath of the event. Photographs can help fill in the blanks and can assign liability if you need to put forth a Car Insurance claim. It is crucial to shoot as many photos of the damages at different angles as you may notice something new when taking a closer look at each of the photographs. If you’re not capable of taking pictures, get a bystander or police officer to document the scene for you.