Why You Should Consider Third-Party Car Insurance 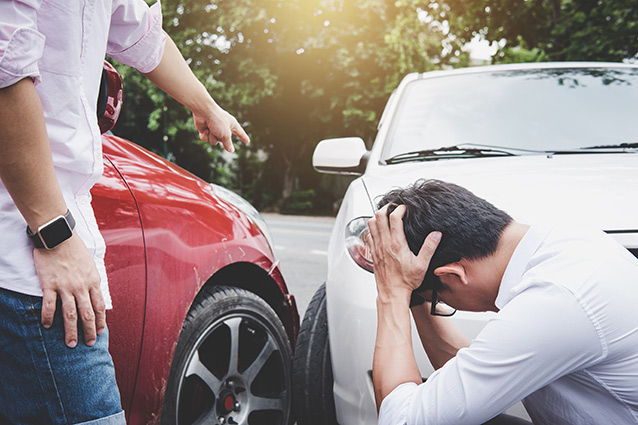 There's a reason why car accidents are called accidents. They don't happen on purpose. Yet, if you're involved in a car accident and you're at fault, you may have to pay to fix the other driver's car, in addition to your own. If you have third-party car insurance, you'll be covered. If you don't, you'll be left to pay for the repair or even replacement of the other car out of your pocket, expenses that might run into hundreds of thousands of rands.

Third-party car insurance protects you against financial liability if you cause an accident that results in the accidental loss of or damage to someone else's property. (In this situation, you are the first party, your insurer is the second and the person whose property has been damaged is the third.)

That third party could be a person or a business. It'll probably be the driver of the other car involved in the accident that you caused, but it could also be a homeowner, or a business owner if you've damaged a commercial property.

Your own car isn't necessarily covered

Compare and save on third-party insurance

Third-party car insurance is especially useful if you're on a budget. It's worth having, even if your car is so old that you don't think it's worth insuring. If you accidentally crash into another car and the collision is your fault, you'll have to cover the costs.

Now, that may be all right if your car is cheap to fix or replace, but getting the dents out of the other car (or paying for a new one) might be completely beyond your budget.

That's where third-party cover comes in, and that's why it's always worth having this kind of insurance. To make sure you're getting the best deal, use Hippo's easy-to-use comparison tool and get a third party liability quote your budget can handle.

If comprehensive car insurance is out of your budget, you can also look into getting third party fire and theft insurance, which is usually cheaper, and only covers the other person's car or property if you're responsible for the accident, and covers your vehicle if it is stolen or damaged in the event of a hijacking, theft or fire. (What it doesn't cover is accidental damage to your vehicle.)