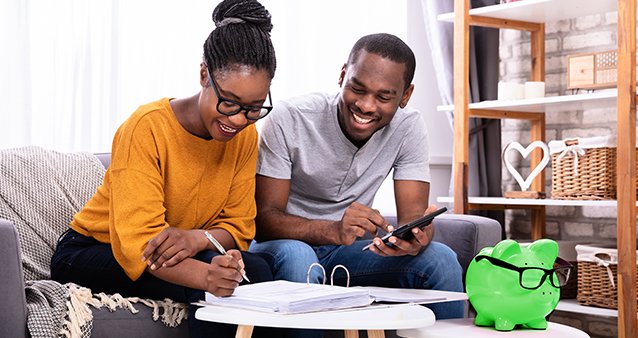 Between the global pandemic and the knock-on economic effects, South Africans have had to find ways to make ends meet under trying conditions this year. Most people couldn't rely on loans, so here's what they've done to cope instead.

Paying the bills can be an uphill battle at the best of times. In the face of a national lockdown, though, with salary cuts and retrenchments happening across the business landscape, it became more like climbing Mount Everest. Without a sherpa. Every month. But as the saying goes, 'Never waste a good crisis.' And it turns out there are actually a few things to be learnt from looking at where you've decided to pinch pennies and how to get the best out of that decision.

Expense is a four-letter word

Financial planning professional Gerald Mwandiambira has a great acronym for the four major household expenses: FATE – Food, Accommodation, Transport and Education/Entertainment. It's not just a catchy acronym, though. These are the major monthly expenses for most households, and also where you can save the most if you do it right.

While a combination of boredom and not being able to visit friends, family or their favourite restaurants saw many South Africans use the lockdown to sharpen their cooking skills, food was also an area where major cutbacks had to be made, as people needed to feed families with emptier wallets.

Sound familiar? Then you may have learnt at least a part of Mwandiambira's first lesson already: you can save by buying wisely, in bulk, and opting for generics, or shopping around for better deals," he says. "Many people have also found benefits in changing diets – switching to a more vegetable-focused diet cuts down on the expense of meat."

Scaling down, or out

Accommodation, says Mwandiambira, is a major expense, whether you're renting or paying off a bond. For this reason, it was another area where many South Africans had to make sacrifices over the past six months.

"Some families have opted to move back home or consolidate family groups in one place as a way of saving on expenses – it can be hard to swallow, but tough times call for tough decisions," he says.

Others, he adds, have found it cost-effective to move out of homes they own and rent them out to help pay the bond costs or upkeep. And a third group has moved in the opposite direction. "Some have found that the new normal of working from home actually requires more space, rather than downsizing," says Mwandiambira.

If this is you, moving away from urban centres to less expensive or better-value accommodation is a practical option, since travel to work isn't as much of a consideration as before.

When not to cut corners

Working from home has given many a break from their daily commute, with the added benefit of significant savings on the running costs of their vehicles.

While many insurers have offered premium discounts for those driving less than usual, it would be folly to cancel your motor vehicle insurance as a cost-saving measure. Remember, you're still going to be using your vehicle, even if you're using it less right now, and the financial implications of an accident or damage could leave you even worse off than you already are.

Instead Mwandiambira suggests getting rid of that second car as a way of saving money – particularly if there's no residual payment attached.

"Some second-hand cars are holding their value so well that they're worth more than what you owe the bank, so there's a way to win, there," he says.

Education and entertainment are two more areas where people have been cutting costs.

"Many parents have found that it's cheaper to home-school their children, with some schools offering online programmes at much lower costs," says Mwandiambira. "Others are looking at good state schools, which are cheaper than private schools, and they can combine this with a move to more cost-effective accommodation – or even other provinces."

On the entertainment side, people have discovered under lockdown that they don't need to spend as much money going out as they once did. "Many have been forced to give up smoking or drinking and are finding significant savings there," says Mwandiambira.

"This is because making decisions around these major expenses can help you choose your FATE," he says. "Focusing on these areas when cutting back can have the biggest impact on your budget and help you stretch your salary or savings just that little bit further."

A cost-cutting strategy is crucial to your survival in the 2020 crunch. Our comparison tools can guide you in finding savings on car insurance, best deals on internet connections and a wide variety of other comparison services and products.