Disgusting Things You May Be Eating

Are you aware of what you're eating? Of course you are, otherwise you wouldn't have ordered your favourite burger from your local fast food outlet. But do you know what it consists of? It may just seem like a tasty compilation of a bun, beef patty, cheese and tomato, but there may be more to that burger than meets the eye.

Nowadays, few people actually care what goes into their food. Unless you follow a healthy diet or discover a fried cockroach in your burger, you'll rarely scrutinise everything you eat with a magnifying glass. You expect the product to have passed the necessary safety and quality standards. Therefore, you know the only time you'll ever eat something revolting is if you were a contestant on Fear Factor.

But, chances are you may be sinking your teeth into human hair or a beaver's anus more often than you think. Health experts are keeping quiet about it and food manufacturers have long since found a way to conceal their use of undesirable ingredients on packaging.

With the help of nutrition experts and dieticians, Hippo.co.za reveals some of the unpleasant ingredients and chemicals present in your everyday food before offering some healthier alternatives. 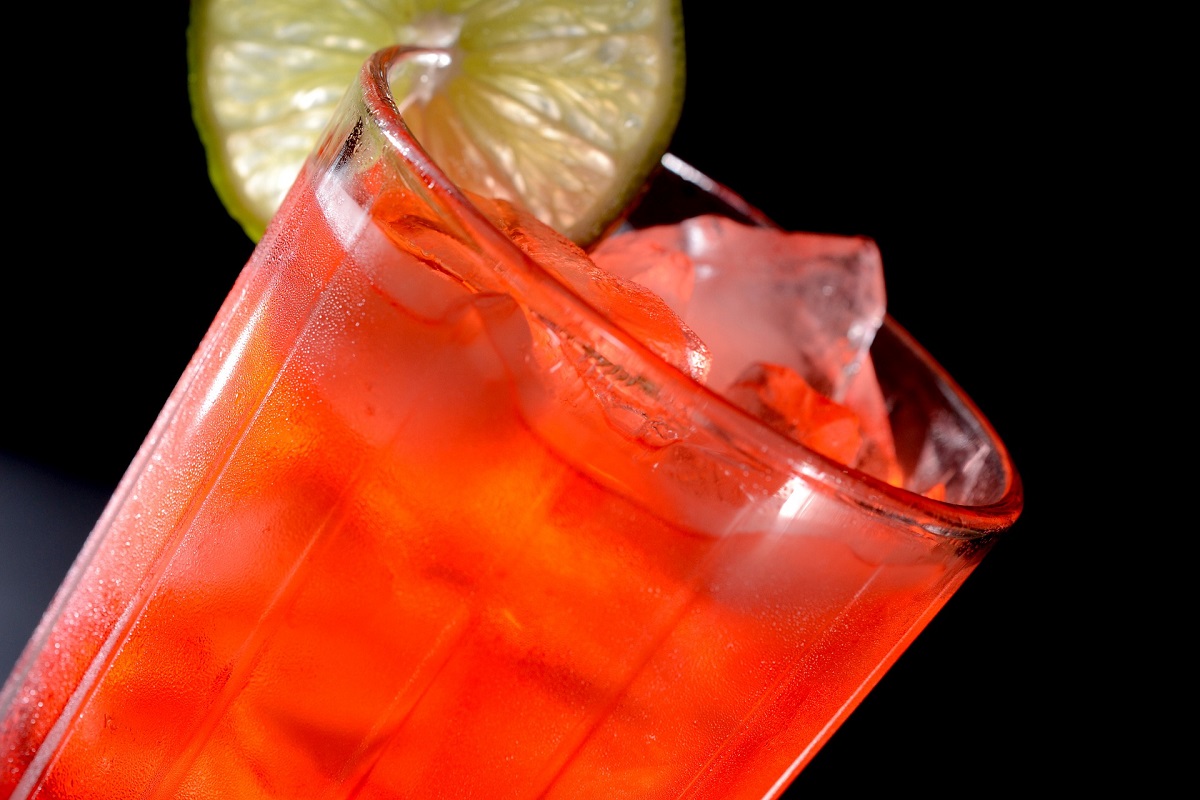 Brominated vegetable oil (BVO) is made from plant oils that are mixed with bromine – a reddish-brown element. BVO is a toxic chemical used in some citrus-flavoured fizzy drinks to prevent the flavouring from separating from the liquid and floating to the surface.

Health effects: Bromine has been found to have harmful effects on the thyroid, which increases the risk of birth defects and cancer, especially breast cancer. BVO is also associated with slow cognitive development, fatigue, abdominal pain and various skin disorders.

Made of: Human hair and feathers.

Found in: Baked goods, such as bread and pizza dough. 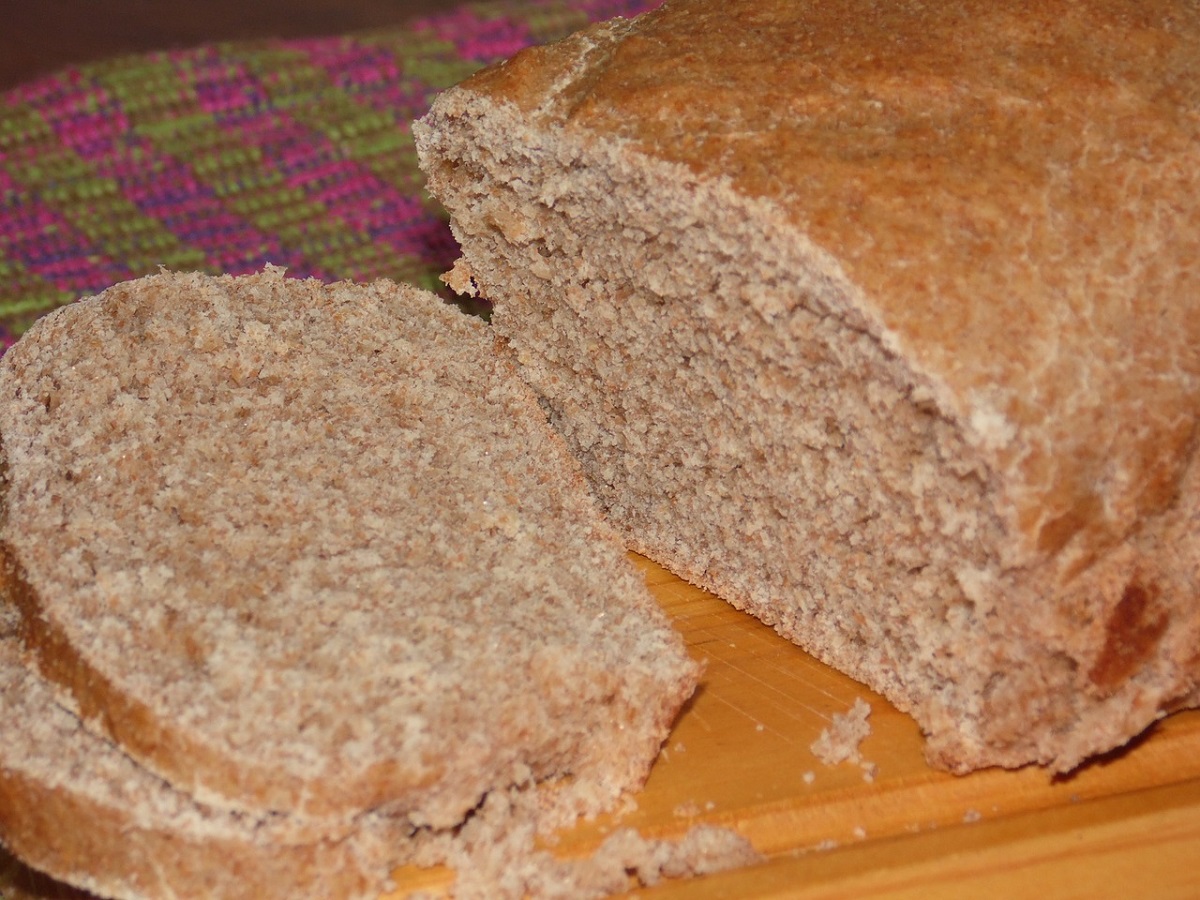 L-cysteine is often listed as an ingredient in a loaf of bread. It is used as an additive to keep commercially-produced bread fresher for longer and helps bakers to easily fashion a desired shape for their products. L-cysteine is usually extracted from a cheap and abundant natural protein source: human hair. It may also be derived from animal hair and feathers. The hair is treated with acid and the L-cysteine is chemically isolated, wrapped and sold to commercial bakers.

Health effects: As a staple food in South Africa, many people are consuming L-cysteine on a daily basis. As disgusting as it may seem, L-cysteine appears to have no harmful effects on human health. In its natural form, it has been reported to provide protection against toxins found in tobacco and alcohol, and slow the effects of aging.

Ingesting L-cysteine may, however, be problematic for some religions such as Islam, as they are not allowed to consume any human parts.

Healthier alternative: If you do not like the idea of eating hair that comes from the floor of hairdressers – yes, that's how it is often collected – then the only alternative is to bake your own bread at home. You can choose what goes into your bread, but for a nourishing option try using healthy ingredients such as seeds, whole-wheat and gluten-free flour.

Made of: Petroleum with antioxidant properties.

Found in: A preservative in many items, especially fast food. 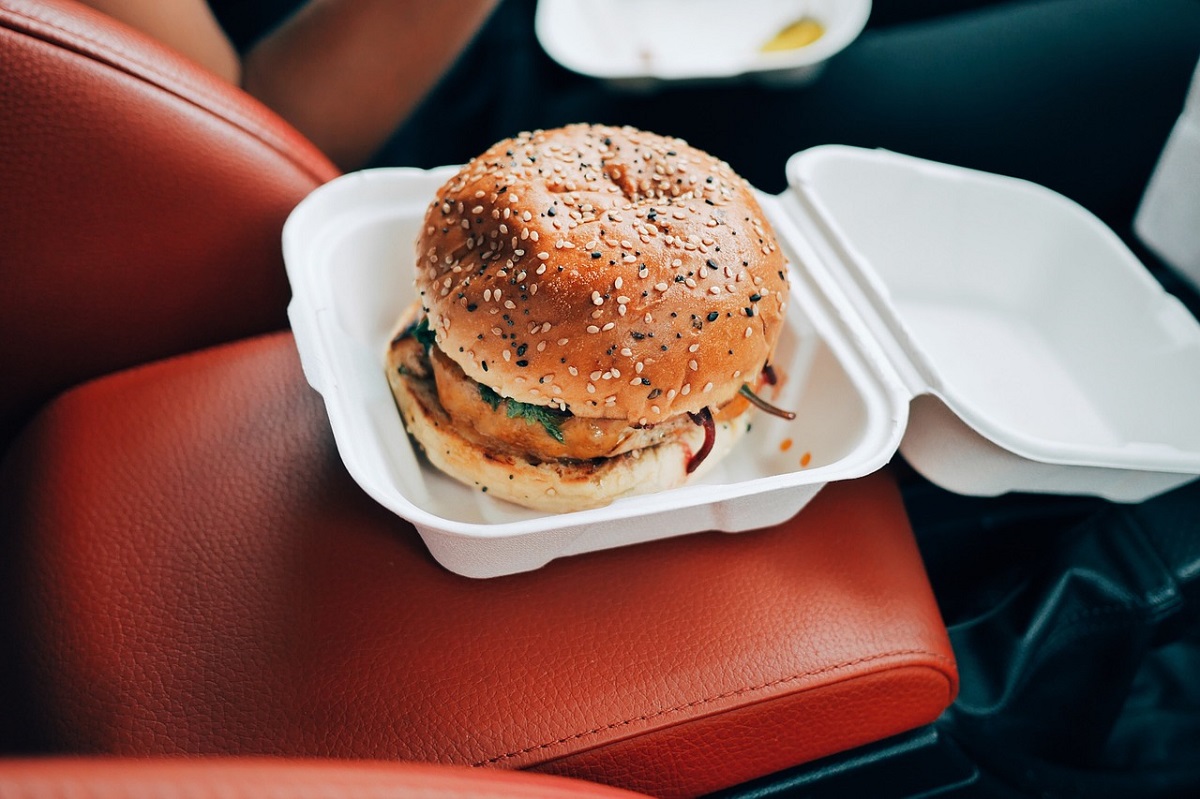 TBHQ, like many food additives, is used to extend shelf life and prevent the spoilage of food. It’s classified as an antioxidant (not to be confused with a natural antioxidant) and is used to protect foods containing iron from discolouration, which food manufacturers find beneficial. Notably, it is also used in varnishes, lacquers, pesticide products, cosmetics, and perfumes to slow down their evaporating rate.

Health effects: Government authorities have set limits on how much TBHQ can be added to food so we naturally assume it is safe. However, there are red flags around TBHQ consumers need to be aware of. Dr. Joseph Mercola writes in the Huffington Post that "the Joint FAO/WHO Expert Committee on Food Additives determined that TBHQ was safe for human consumption at levels of 0-0.5 mg/kg of body weight. However, the Codex Commission later reset the limits to between 100 and 400 mg/kg, depending on the food it's in".

In South Africa the guidelines are around 200 mg/kg, depending on the food product. This is why it is so important for consumers to look at the ratios of TBHQ in the food they consume. Dr. Mercola cites A Consumer's Dictionary of Food Additives, saying one gram of TBHQ can cause nausea, vomiting, delirium and collapse.

Healthier alternative: Rather substitute by making your own homemade burgers with crumbed chicken and oven-baked chips or whole-wheat health crackers. Use natural farm butter or extra virgin olive oil.

Made of: A liquid found in castor sacs near a beaver's anus. 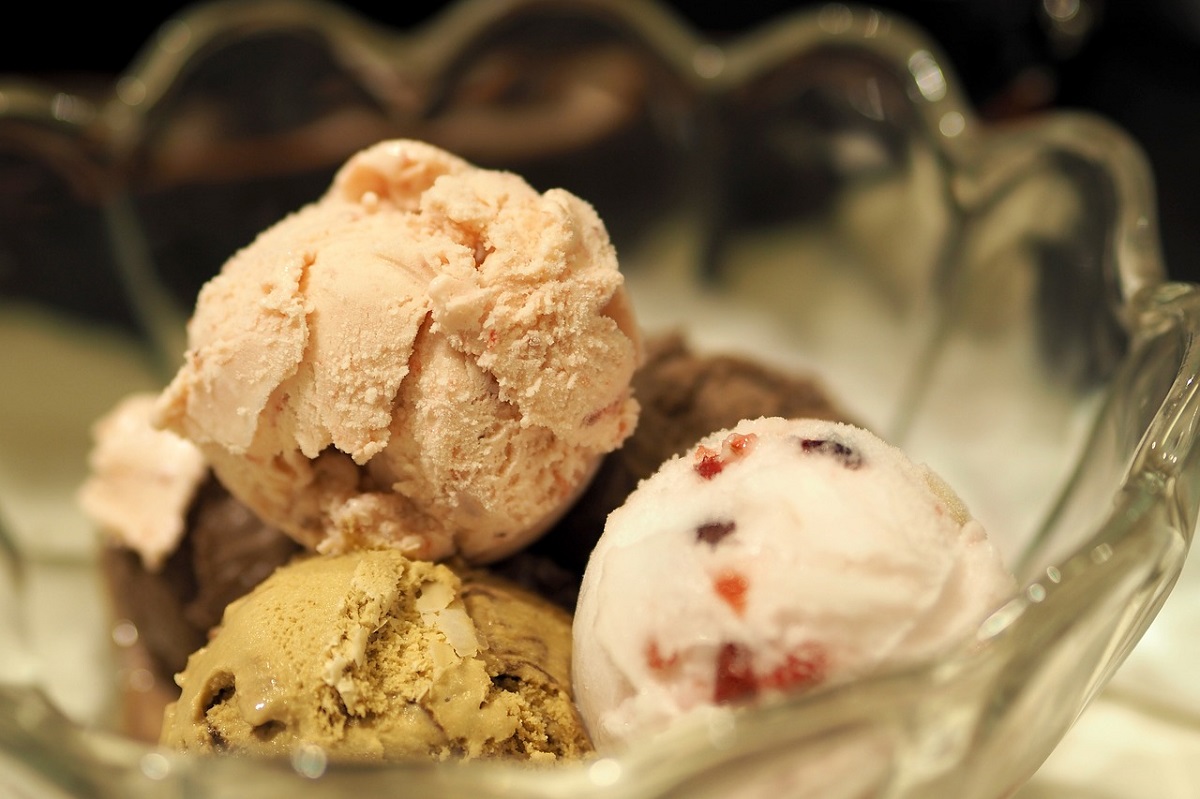 Castoreum is a yellow substance extracted from the castor sacs of the North American beaver. These sacs are located near the beaver's anus (pelvis and the base of the tail), but since the beaver regularly consumes leaves and bark, castoreum does not have an unpleasant smell but a vanilla aroma. Hence it is often used as a food additive in vanilla treats such as ice cream, disguised as a "natural flavouring" on the label.

Health effects: The Food and Drug Administration (FDA) has classified castoreum as a safe food additive with an annual industry consumption of around 300 pounds (about 136 kilograms).

Healthier alternative: Consumers need to be aware that while castoreum comes from a natural source, it is often produced in a laboratory just like artificial flavours. Therefore "natural flavour" has no real meaning.

By now, most health experts agree that ice cream is bad for your health in the long term but if you want to treat yourself every now and then, go for ice cream that contains organic milk and does not include artificial flavours and colourants. 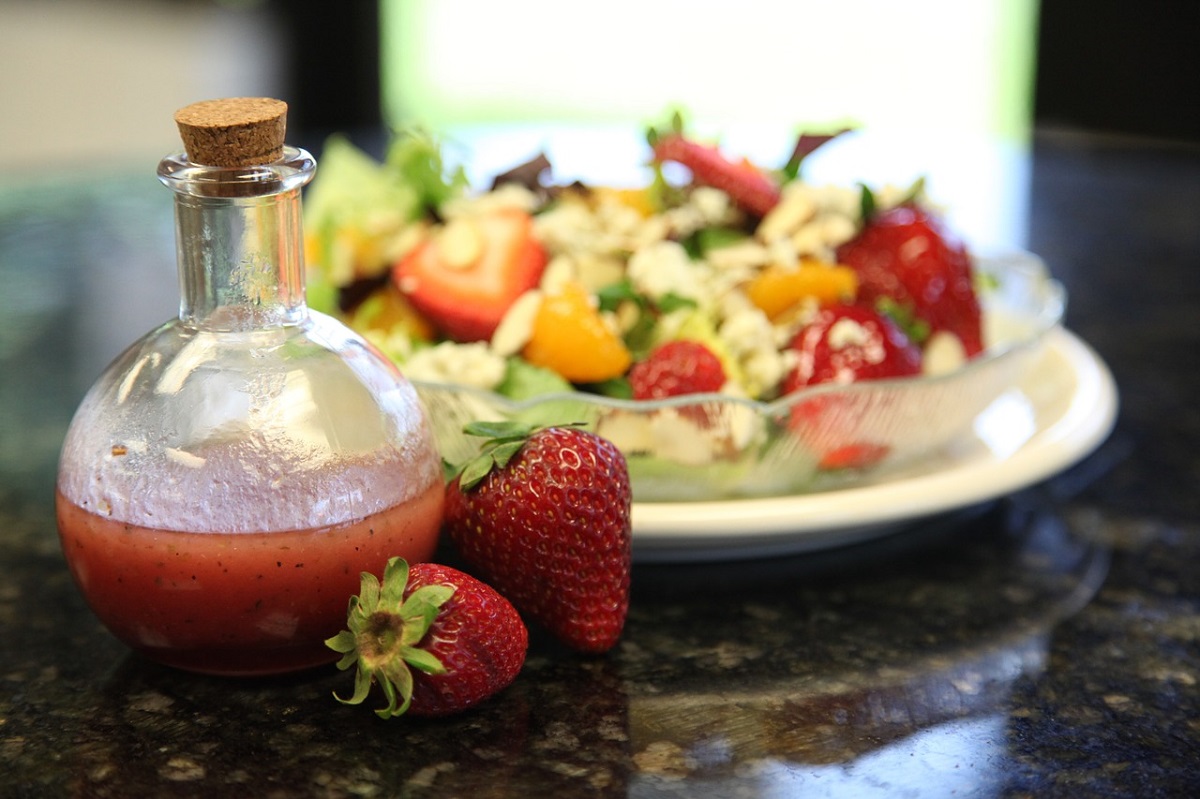 The same compound that is used to keep your car's radiator from freezing can be found in salad dressing used to enhance the taste of your salad. Most anti-freeze is a blend of distilled water and alcohol. In certain types of food such as salad dressings, flavoured ice teas and ice cream, propylene glycol is used as a sweetener, thickener and preservative.

Health effects: When consumed in large quantities, propylene glycol – a colourless liquid with a slightly sweet taste – can lead to poisoning which might cause skin irritation, itchiness and redness, according to the Center for Disease Control and Prevention.

Healthier alternative: Eat fresh salads made with organic vegetables and fruit or substitute your salad dressing with a homemade one that consists of olive oil, lemon juice, garlic, and balsamic vinegar. 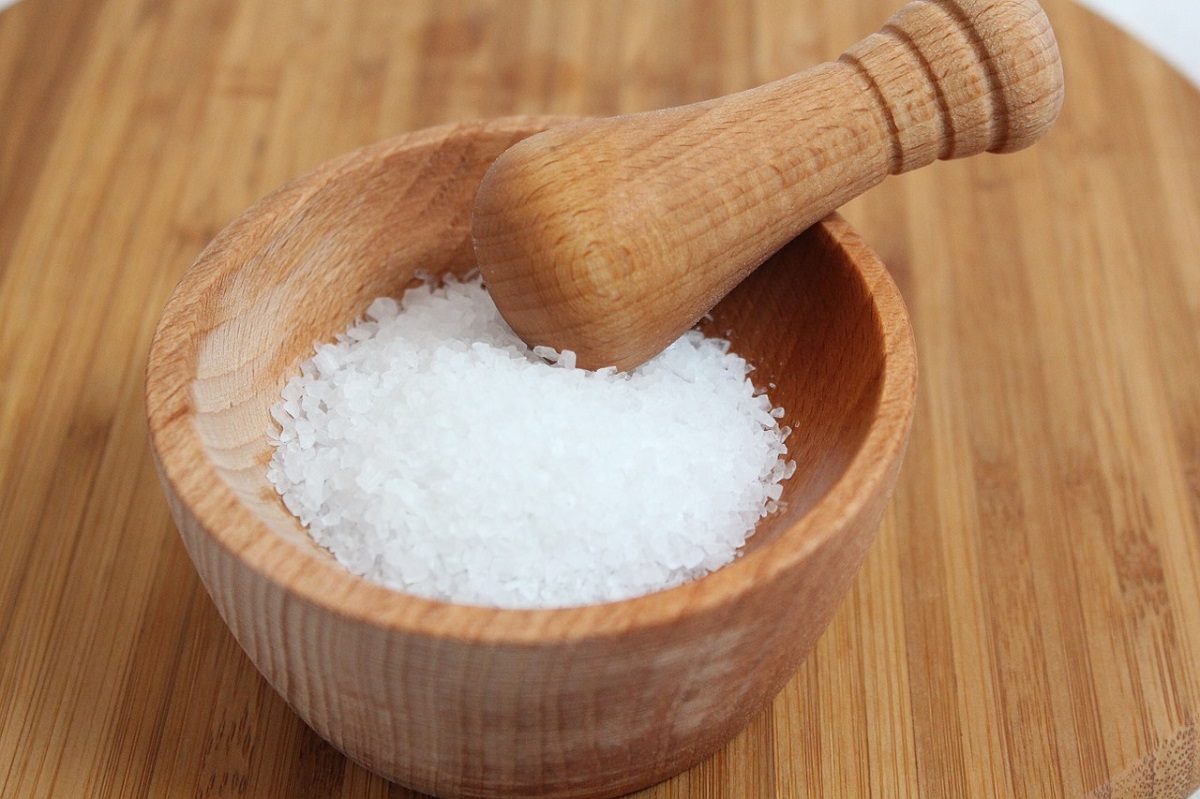 Silicon dioxide is a natural compound found in the Earth's crust. It is also naturally found in sand, water, plants and animals. In food production, silicon dioxide serves as an additive in powdered foods (such as coffee creamer and soup) to prevent the various powdered ingredients from sticking together.

Health effects: The FDA and the World Health Organization (WHO) consider silica as a safe food additive as there is no health risk associated with this ingredient. In fact, nutritionists say that our bodies require between 5 mg and 10 mg of this mineral to maintain healthy bones, hair and nails.

Made of: Coal tar.

Found in: Almost any artificially-dyed food. 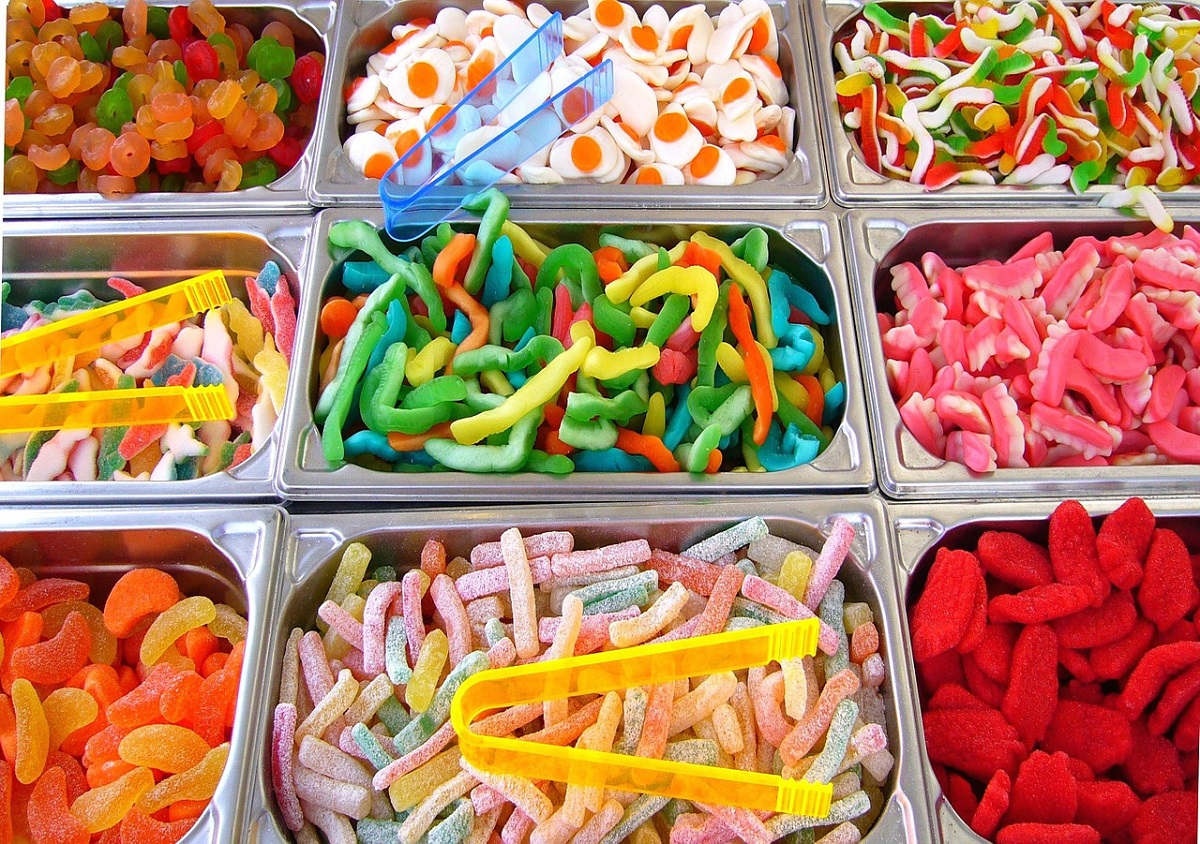 Food dyes represent the darker side of food additives, not only attempting to hide the look of dull food, but also being highly toxic themselves.

The three most widely used dyes are Red 40, Yellow 5, and Yellow 6. These dyes have been linked to diseases like cancer and hyperactivity, hypersensitivity and other behavioural effects in children.

Health effects: In a 58-page report, "Food Dyes: A Rainbow of Risks", the Center for Science in the Public Interest (CSPI) revealed that nine of the food dyes currently approved for use in the US are linked to health issues ranging from cancer and hyperactivity to allergy-like reactions.

The UK banned six of the worst offenders in 2008, and since 2010 the European Union requires a warning label on foods using them, but the US and South Africa continue to use them.

Healthy alternative: When you use real food ingredients they naturally have bright lively colours! If you need to colour a food there are many natural ways to do so, like adding spirulina powder for green, turmeric for yellow, or goji berries for orange.

While these ingredients are undoubtedly disturbing, many of them do not present an immediate threat to your health. Consuming hair by accident does not mean you have to grab your Medical Aid documents and rush off to the doctor's office. But, the healthy alternatives mentioned above might help you avoid any long-term damage to your health. And, while you’re making healthier choices it might also be a good idea to take a closer look at your diet.

"Most health experts and dieticians would agree that one food ingredient to avoid or greatly restrict is refined carbohydrates, especially sugar, wheat, maize, rice, and potatoes," says Brenda Neall from Foodstuff. "It is clear that excess refined carbs, and the health guidelines that for so long have recommended carbs as the basis for all meals, are responsible for the plethora of metabolic, non-communicable diseases such as diabetes. The tragedy is that most South Africans, due to poverty and limited budgets, and ignorance, are fated to develop these diseases, as cheap carbs make up a major portion of our diets."