The history of traditional Irish wakes 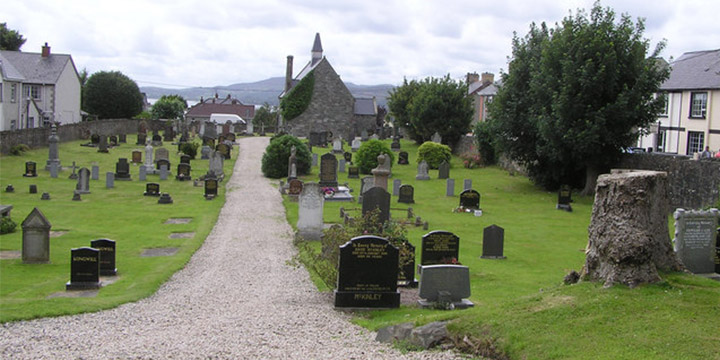 When thinking of a traditional Irish wake, many people conjure images of a big event that involves drinking and festivities. However, as an old funeral custom, an Irish wake is so much more. Read on to find out about its history.

What is an Irish Wake?

It's a social gathering held by mourners after a loved one has died. Traditionally, it was held over three days and involved watching over the body of the deceased and commemorating their life with friends and family.

Where did the Irish Wake Originate?

Part of what makes the tradition of an Irish wake interesting is its murky origins.

One theory is that it was heavily influenced by ancient Jewish traditions. The burial chamber was left open for three days in case there was a chance the deceased was not actually dead, and to allow mourners to enter and pay their respects.

Another legend says that, in the past when people would drink stout from pewter mugs, lead would leach out of the mugs and cause lead poisoning. This would, supposedly, result in the drinker going into an unresponsive state that would resemble death. This apparently led to people being mistakenly buried alive.

Yet another says that, because cholera was so common, authorities would bury the diseased bodies quickly to prevent the spread of bacteria. Unfortunately, this meant that living people were sometimes buried by accident.

What Happens at a Traditional Irish Wake?

The body is kept in a bedroom at the wake house, which is usually the family's home. A window is kept open for a few hours so the spirit can leave the house. If you ever attend a wake, don't stand between the body and the window! It's believed you might block the spirit from departing and bring bad luck upon yourself.

The body is then washed and dressed. If it was a man, he would be shaved. A rosary is placed around the hands, a crucifix around the neck, and candles are lit at the foot and head of the coffin. Once the body has been prepared, someone has to be with it at all times and women will start to wail over the body.

There are numerous other little customs that occur in the house. Clocks are stopped at the time the person died, mirrors are covered or turned to face the wall, and all curtains (except in the wake room) are closed. Clay pipes and tobacco are laid out in the wake room and all male visitors are expected to take a puff to keep evil spirits away.

While all this occurs, mourners drink and share food in memory of the deceased.

Once the wake is over, the body is taken to the church, carried by six men close to the deceased. A priest says a special funeral mass, after which the coffin is taken to the burial grounds.

One way that modern traditions have been influenced by this Irish custom is in its celebratory nature. Family and friends of the deceased get together to share food, drinks, and memories of the deceased, celebrating their life in addition to mourning their death.

No matter how you would like to be remembered when the time comes, the best way to plan for it is to have a funeral policy that will help your loved ones make sure your wishes are fulfilled. Compare plans and find the right cover for your needs today.