Which Car Colour Is Most Likely To Cause An Accident? 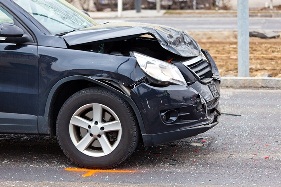 If you're currently gathering information regarding how to get the best rates for car insurance in South Africa then one thing to consider may be the colour scheme of your vehicle. Whether you have a family to think of or just your own well-being you'll, naturally, want to cover all the angles. Over the years there have been several studies conducted by car manufacturers, government road safety divisions and independent scientific communities. A casual search on the Internet may bring conflicting results but once you navigate towards the more authoritative sources the answers become very clear.

If you're automatically assuming that black is the mostly likely culprit as the colour which increases the risk of collision - then you'd be correct. Whenever low-light conditions become a factor, darkly shaded vehicles will automatically fail to stand out as well as brighter colours. A 2010 study conducted by Monash University of Australia examined the police data on 850,000 traffic incidents, searching for information on the car, time of day and the type of collision.

They discovered that black cars were up to 47 percent more likely to be involved in accidents after dark, and even 12 percent more likely to suffer them during the day. On the other hand, most studies have shown that silver, white and yellow coloured vehicles had far safer statistics - with silver often coming out on top. Another study even inferred that orange vehicles may be even safer than white ones, but the team would not confirm this due to a lack of evidence.

You may think that the logical choice would be to strike black from the automotive colour spectrum, despite the blow this would pose to highway fashion. Scientists, however, say no. Were we to strike darkly shaded vehicle colours from the roads we would have a great deal more white and silver cars on the road. That lack of variety can have an impact on the human eye as everything eventually begins to blur together, which could well make matters much worse.

If we're not going to take the reds, blacks, greys and dark blues off the roads then why all the research? It comes down to personal choice and preference. More research in Australia showed that car colour played a role in over 70 percent of buyers' selections, but these studies also serve to increase our awareness of the risks. If you're going to select a lighter shaded vehicle to argue for a lower premium for car insurance in South Africa it's a good choice but always remember that driver behaviour is a much stronger safety indicator.

Drunk driving, lack of safety precautions and talking on cell phones while driving are far more hazardous to your health than driving a sleek black car. Ensure that you're wide awake and alert on the road and always remember that it isn't only your driving that you need to watch out for.