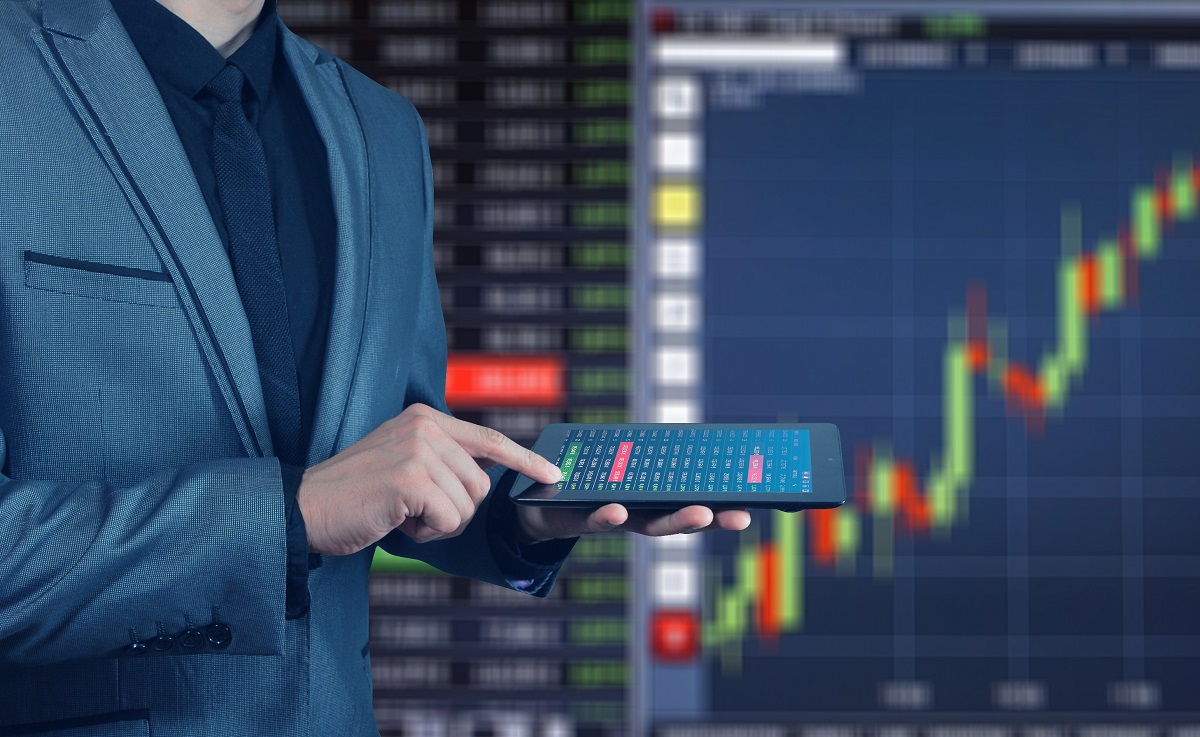 Standard and Poor (S&P) believes that despite ongoing political noise and economic uncertainties in the country, the South African banking sector is showing signs of stability for the first time since 2013. In a recent report that tracks the performance of local finance groups, the rating firm assigned a positive outlook to domestic banks because of their continued robust financial performance. “These banks have found a balance between weak economic growth and low investor and household confidence,” said S&P.

S&P even delivered an upbeat assessment on the prospects of Capitec Bank, which was recently accused of reckless lending by Viceroy. From S&P’s perspective, Capitec’s rating of foreign currency BB/Stable/B reflects “the bank’s strong capitalisation and conservative reserving, which is appropriate for high normalised credit losses. We also factor in the bank’s good earnings stability for a monoline unsecured consumer lender.”

Expectations for growth in the financial sector are still low because South African banks remain constrained by a sluggish economy, political uncertainty and problems with state-owned enterprises. But, S&P noted that “SA banks may be able to withstand these challenges given their strong credit standings. South African banks are less exposed to external factors than their emerging market peers.” 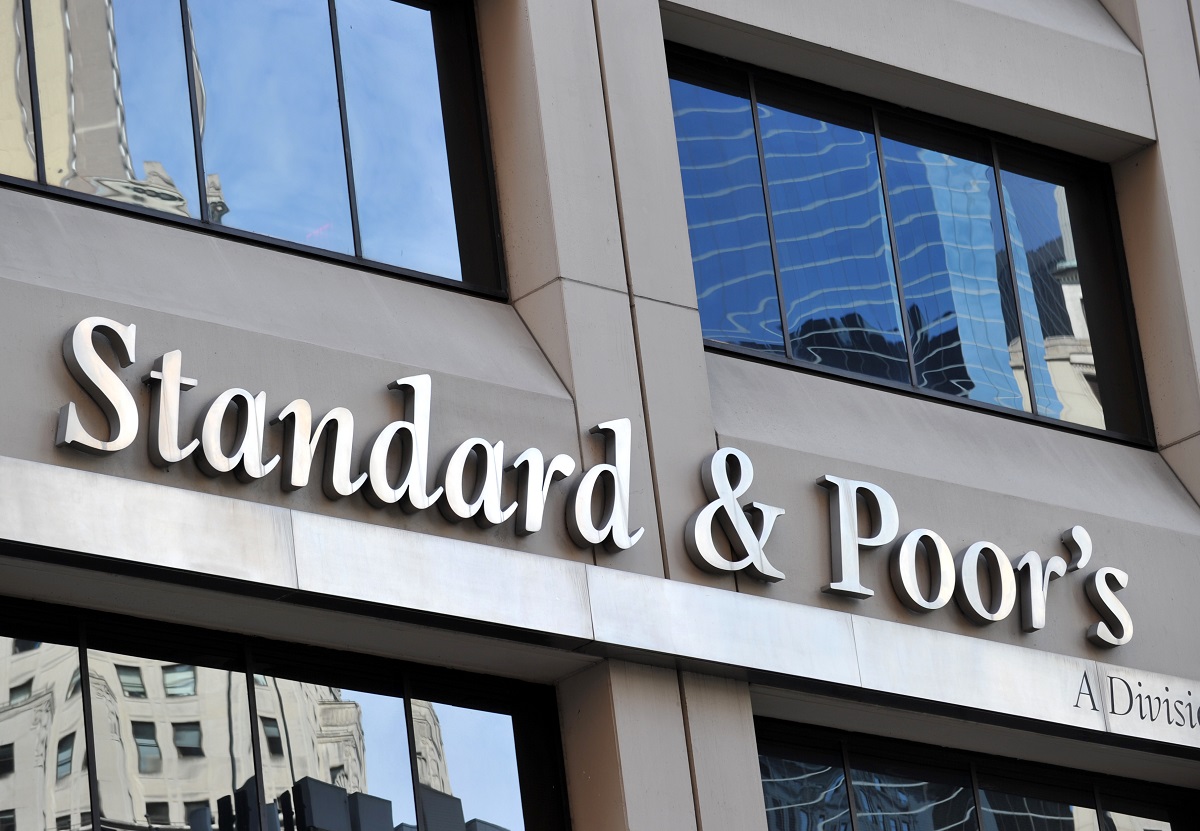 Here are some of the predictions for the banking sector made by S&P: 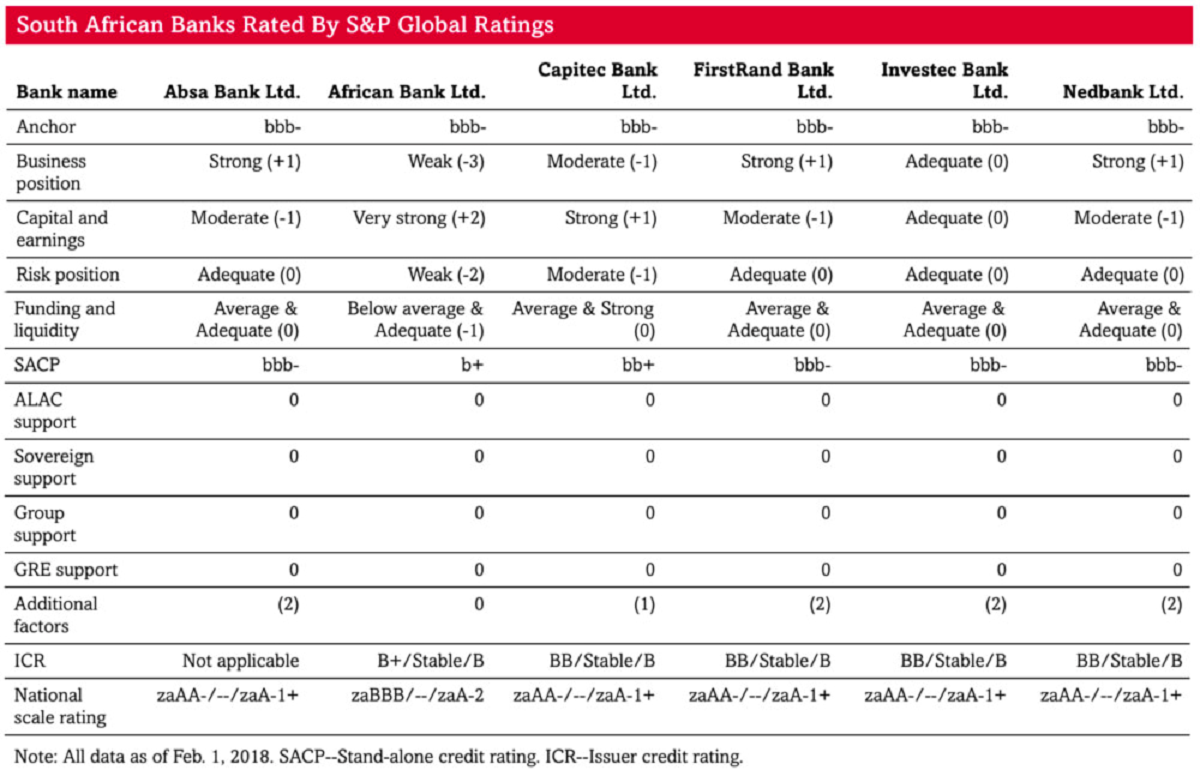 The above table provides a snapshot of each banks’ financial situation.  All the South African banks rated scored well in the ‘business position’ and ‘capital earnings’ categories. The ‘funding and liquidity’ fundamentals also appeared more solid for the domestic banks.

DISCLAIMER: This article is intended for informational purposes only and should not be construed as financial advice.