What Happens When You Catch the Common Cold?

At some point in the year, some of us are likely to experience the unpleasant symptoms of the common cold – a runny nose, sore throat, coughing, and body ache. We are especially vulnerable during the winter months when our immune system slows down and we spend more time indoors.

The common cold is an upper respiratory infection commonly caused by the rhinovirus. The virus is transmitted from one person to another when someone sneezes or coughs or when someone touches an infected surface such as a door knob and then touches their nose, mouth or eyes.

When the virus enters the human body, a lot of processes go into action without the infected person even knowing it. This article provides a breakdown of what happens when you catch the common cold. 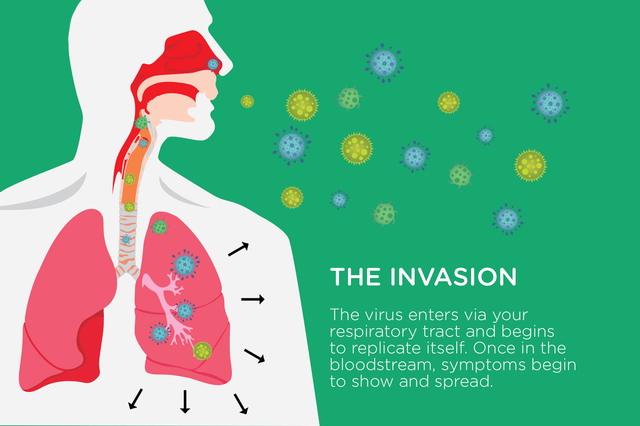 If the virus successfully breaks through the body's outer defenses such as nasal hairs and mucus, it ends up in the respiratory tract – the passage formed by the mouth, nose, throat, and lungs. There the virus binds to the surface of cells. Once it has successfully attached to a cell, it will begin to penetrate and embed its own genes into the cell. The virus DNA steals components of the cell to reproduce new virus particles – particles that are created for the purpose of invading more cells. During the replication process, the virus is still trapped inside the cell. When it has completely taken over the cell, it will start the process of breaking out. When the copies of the virus are released into the bloodstream, they leave behind damaged/destroyed cells. 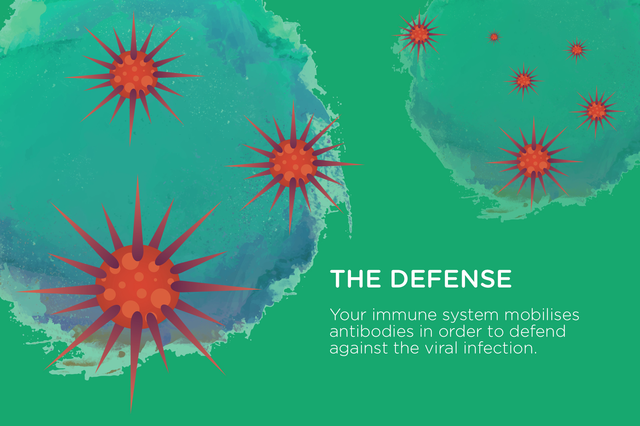 As the virus passes into the bloodstream, you will begin to experience the first symptoms such as a runny nose and sore throat as the immune system sends antibodies to fight the infection. It may take a while before your immune system gets the upper hand in this battle but if you had a vaccine, your body will produce immune defenses much quicker. If enough antibodies do not arrive in time, the virus will keep multiplying and invade new cells. It’s important to note that there is only currently a vaccine for the flu virus (influenza) which is not the same as the various cold viruses (rhinoviruses), although they share many similar symptoms.

The immune system reacts by mobilising inflammatory proteins known as cytokines. Think of them as generals in charge of your immune system commanding the “troops”. Cytokines change the fine branching blood vessels nearby in order to give circulating white blood cells easy access to the site of infection. 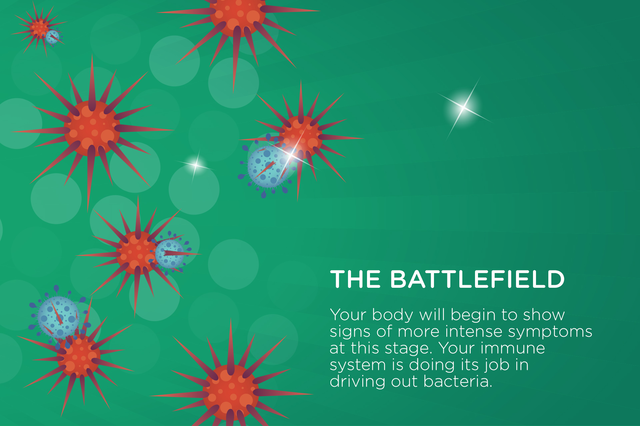 At this stage, the “war” is raging and you begin to feel more symptoms. This is what the different symptoms mean: a runny nose occurs when your body increases mucus production to expel the invaders. A sore throat indicates inflamed mucus membranes as a result of your immune system sending a lot of blood that way, so that the white blood cells and antibodies can be easily brought to the infected area.

Sneezing and coughing is your body driving out bacteria and other particles with a sudden, involuntary burst of air. Flu symptoms can be more severe. Chills and fever are the body's method for defending itself by increasing its temperature to combat the virus. Body aches are a sign that your body is discharging chemicals that aid white blood cells in fighting infection. 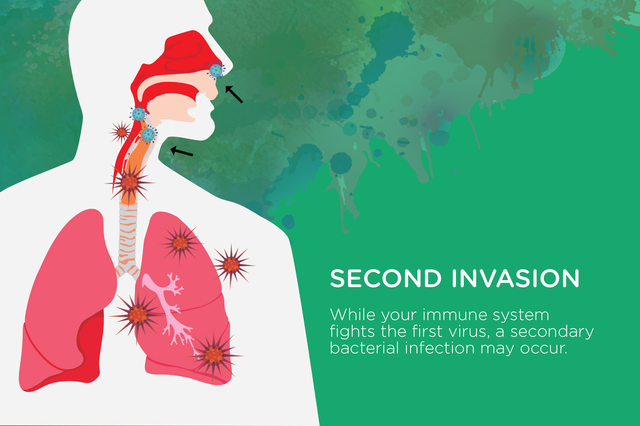 Secondary symptoms such as sinusitis, pharyngitis, a lingering cough, or an ear infection will begin to develop, for which you might need to take antibiotics. 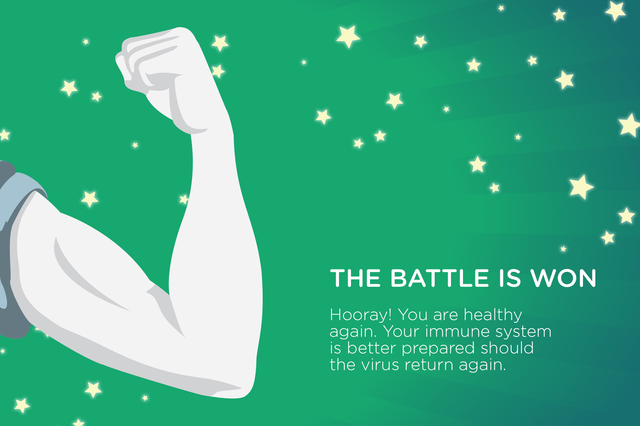 There are hundreds of different types of viruses that cause the common cold, but your immune system became resistant to the one you just battled. So, if this particular virus enters your body again, your immune system will recognise and fight it much faster before it can multiply. However, people get recurrent colds because they come in contact with a version their body hasn’t dealt with before.

An infection might clear up on its own within about seven to ten days and in some cases you might not even need to claim from your Medical Aid for cold- and flu-related illnesses. You could speed up the recovery process if you get enough rest, drink enough fluids, and take over-the-counter medication to counter the symptoms. However, if the symptoms do not go away or worsens after two weeks, you are encouraged to seek medical attention.

DISCLAIMER: This article is for informational purposes only and should not be construed as medical advice. Readers are encouraged to seek further medical attention, if necessary, if they develop these cold and flu symptoms.